This initiative is funded through the generous support of The Home Depot Foundation.

The National Rural Housing Conference participant support team is here to help. Reach out via telephone at (202) 516-6271 or email at NRHCsupport@ruralhome.org.

Trying to decide whether to register?

For fifty years, the Housing Assistance Council (HAC) has helped build homes and communities across rural America. Now, we’re working to expand our footprint by working with more communities to develop and rehabilitate community facilities.

Community facilities—such as parks, libraries, hospitals, and childcare centers—provide public services for everyone, making neighborhoods a better place to call home. They not only cultivate a feeling of belonging; they also provide tangible benefits for residents. As HAC’s Director of Training and Technical Assistance, Shonterria Charleston, puts it, “building rural communities is about more than houses. It’s about building the places where people learn, where they grow, and where they get their healthcare.”

Thanks to two grants from the US Department of Agriculture, HAC will work with small towns, including those affecting by natural disasters, to build and rehab much-needed community facilities. In fact, HAC is hiring a Community Facilities Housing Specialist to help us do this work by providing technical assistance to rural organizations. You can learn more about the position here. 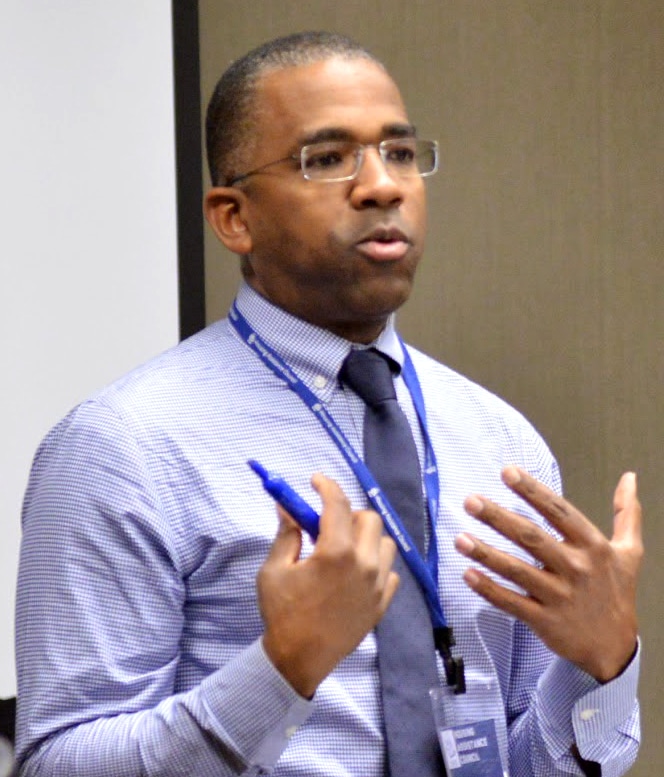 The Housing Assistance Council would like to thank Jeff Mosley for over nine years of service to rural America at HAC. As the Director of HAC’s Training and Technical Assistance Division, he helped guide thousands of person-hours and millions of dollars to develop communities in need. Jeff leaves for New Zealand as a 2018 Ian Axford Fellow in Public Policy, a prestigious opportunity. Jeff’s work will focus on how underserved communities access capital for developing affordable housing and community facilities, while also looking at capacity building support resources for community-led organizations. 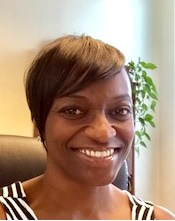 HAC is also pleased to announce that our own Shonterria Charleston will step into the Director of Technical Assistance and Training position. In a career spanning several positions at HAC, Shonterria has brought tremendous knowledge, enthusiasm and dedication to her work. In her most recent position as Program and Training Manager, she oversaw HAC’s RCDI program, Veterans Initiative and training activities. Having served in the Army, Shonterria champions and cares deeply about the many issues and challenges veterans encounter. She also speaks movingly about how her role as a mom and daughter deepens her commitment to rural housing and social issues.

As the Director, Shonterria will supervise the division and HAC’s regional offices. She will direct our work on site in rural communities; and manage various grants and initiatives from her office in Georgia. Shonterria will also lead us in preparing for HAC’s 2018 national conference.

David Lipsetz, HAC’s Executive Director, said, “I have no doubt that her enthusiasm and professional talent will continue to serve HAC well, strengthen our relationships with rural-serving partners and allow us to effectively serve the needs of rural communities.”

Please join the HAC in welcoming Shonterria into this new role.

For over 40 years, HAC has improved the housing conditions for the rural poor with an emphasis on the poorest of the poor in the most rural places. Since its modest beginnings with a $2 million War on Poverty grant in 1971, HAC has been able to successfully fund rural affordable housing, inform sound policy on rural housing programs, build capacity for local housing providers, and become the nation’s foremost source of information on rural housing.

Since the organization’s founding, the loan fund has been at the core of HAC’s overarching mission to improve housing conditions for the poorest of the poor in the most rural places. Central to these activities is a goal of building capacity in local communities to address affordable housing needs.

In March 1972, the HAC loan committee approved its first 10 loans, totaling $647,476, to support affordable housing and infrastructure development opportunities in rural communities across the nation. HAC’s early loans were committed to a varied group of housing developers located in diverse, rural communities across the nation. Demonstrating HAC’s ongoing commitment to meeting the needs of the poorest of the poor, the loans supported the development of farmworker housing units in New York State and Texas, as well as newly created self-help housing projects from California to Maryland.

Ultimately, the loans led to the development and rehabilitation of more than 1,000 rental and homeownership units, as well as important infrastructure connections.

Throughout the early 1980s, the landscape for affordable housing changed rapidly. An economic recession had shaken the housing market and interest rates had risen drastically. Combined with a rise in challenges for small family farmers, and the massive scaling back or elimination of many government antipoverty programs, the need for an affordable housing response, particularly affordable rental housing, became clear. In 1982 to meet the growing demand for affordable rental properties in the nation’s poorest communities, HAC created a subsidiary, Rural Housing Services, Inc., to develop affordable rental units in partnership with local organizations using tax credits.

The 1990s brought a new framework for affordable housing – as direct federal funding for antipoverty efforts decreased, Community Development Financials Institutions, or CDFIs, increased in popularity. In 1996, HAC’s loan fund was transformed with the introduction of the Self-Help Homeownership Opportunity Program (SHOP). SHOP is a program of the U.S. Department of Housing and Urban Development (HUD), created by Congress, that funds site acquisition and infrastructure development for affordable housing units that will be created through a sweat equity model. Local self-help housing developers receive funding in the form of recoverable grants from HAC to complete these development activities. HAC also officially became a CDFI in 1996, and the size of the loan fund continued to increase.

Today, HAC continues to rise to new challenges. With the collapse of the housing markets in 2008 and the economic recession, home values fell to unexpected lows and foreclosure rates increased steadily. To respond to this crisis, HAC renewed its dedication to capacity building measures through organizational trainings, funding, and research activities. 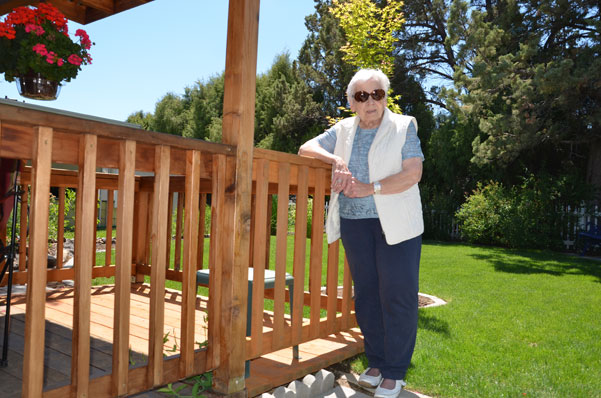 For over 45 years, HAC has been at the forefront of providing safe, secure, affordable housing in rural areas. HAC has, and will continue to, meet each new challenge head on to ensure that the poorest of the poor, in the most rural places receive attentionand support through our loan fund, training and technical assistance, and research and information divisions.

Past Recipients of the Skip Jason Award

The Skip Jason Community Service Award acknowledges people whose efforts have improved the housing conditions of the rural poor in their communities.

The award acknowledges people who work “in the trenches” and usually go unrecognized outside their communities. The award was originally called the Community Service Award and was named for Robert “Skip” Jason, a long-time housing activist with considerable community experience, after he died in 1982 while employed as HAC’s Government Services Director.

Skip was a native of Bluefield, West Virginia where he first learned about the challenges facing poor rural residents. In 1963, he became one of the first Peace Corp Volunteers to be sent to East Pakistan (now Bangladesh).

Upon his return to the United States, he worked for community action agencies in Indiana, West Virginia, Vermont, and the District of Columbia. In 1974, he helped to set up Buffalo Housing, Inc. in southern West Virginia, a nonprofit organization established to help victims of the Buffalo Creek flood disaster.

Skip first joined HAC in its Atlanta office. In 1978, he moved to HAC’s Government Services Division in Washington, D.C. As a HAC employee, he worked on the Community Development Block Grant program, which included a set-aside for small cities and rural communities. Skip was also instrumental in developing the Farmers Home Administration’s Homeownership Assistance Program which, although never funded, resulted in a Congress that was more supportive and more aware of rural housing issues.

Past Recipients of the Cochran/Collings Award

The Cochran/Collings Award for Distinguished Service in Housing honors individuals who have provided outstanding and enduring service, with national impact, for the betterment of housing conditions for the rural poor.

The award is named for two men who dedicated their careers to improving housing for rural Americans.

Clay L. Cochran was a fierce housing advocate who has often been credited as the founder of the U.S. rural housing movement. Clay, a fiery commentator on housing and basic needs, strongly believed that the federal government must not shirk its responsibility of providing basic shelter for low-income rural people. He also believed that the people, given the power to govern themselves, had the capacity to “create a society where there is less human anguish than yesterday.”

Some of his many accomplishments were to organize the Rural Housing Alliance, Rural America, the National Rural Housing Coalition, and the International Self-Help Housing Association. He claimed that his enthusiasm for decent housing resulted from a winter during his teens when his family lost its farm and lived out the coldest months in a tent on the West Texas plains.

Beginning in 1972, the year in which the newly created Housing Assistance Council began hiring staff, Art’s jobs at FmHA alternated with periods at HAC. He served as special assistant to FmHA Administrator Gordon Cavanaugh from 1977 to 1980. From 1986 until his reluctant retirement at the end of 2004, Art served as HAC’s senior housing specialist.

Gordon Cavanaugh, HAC’s first executive director, once explained that he hired Art because he was told Art was the most liberal staffer at FmHA. “He taught the rest of us everything we knew,” said Cavanaugh. “Arthur was just extraordinarily dedicated, well informed, and a good-humored gentleman.”

Art wrote dozens of publications about USDA’s rural housing programs, from manuals on how to use them to analyses of how they could be improved. He authored a number of amendments to these programs, advised people all over the country on their use, and conducted countless training sessions.

Art’s dedication to improving housing conditions for low-income rural Americans was unmatched. His feistiness and humor, added to his extensive knowledge of USDA’s rural housing programs, made him unique, sometimes frustrating to work with, and well-loved around the country.

Past Recipients of the Henry B. González Award

The Henry B. González Award recognizes individuals who have contributed to the improvement of housing conditions for low-income rural Americans through elected office.

The award is named for Rep. Henry B. González, who represented the 20th District of Texas in the U.S. House of Representatives from 1961 until ill health forced him to retire in 1998.

Beginning in 1981, he chaired first the House Subcommittee on Housing and Community Development and eventually the full Committee on Banking, Finance, and Urban Affairs (now the Financial Services Committee). In these powerful positions he championed numerous bills to improve housing conditions for people in both urban and rural areas. Rep. Gonzalez passed away in 2000.