USDA’s Rural Housing Service offers grants under its Section 533 Housing Preservation Grant program. Nonprofit, local government agencies, and tribes are eligible. Funds can be used for repair and rehabilitation of owner-occupied or rental homes in rural places. Applications are due August 9, 2018.

USDA’s Rural Housing Service is now accepting pre-applications for Section 514 Farm Labor Housing loans and Section 516 grants. The funds can be used to construct new housing and related facilities, or to purchase and substantially rehabilitate property that will become housing for farm laborers. Pre-applications are due to USDA Rural Development State Offices on August 27, 2018.

HAC is now accepting nominations for its 2018 Cochran/Collings National Service and Skip Jason Community Service Leadership Awards. Nominations are due Friday July 13, 2018. The awards will be presented at the 2018 Rural Housing Conference (RHC) in December. Complete the online nomination form.

HAC will be hosting a three-part series of webinars focused on financing farm labor housing using Section 514/516 funding. Register now for all three! 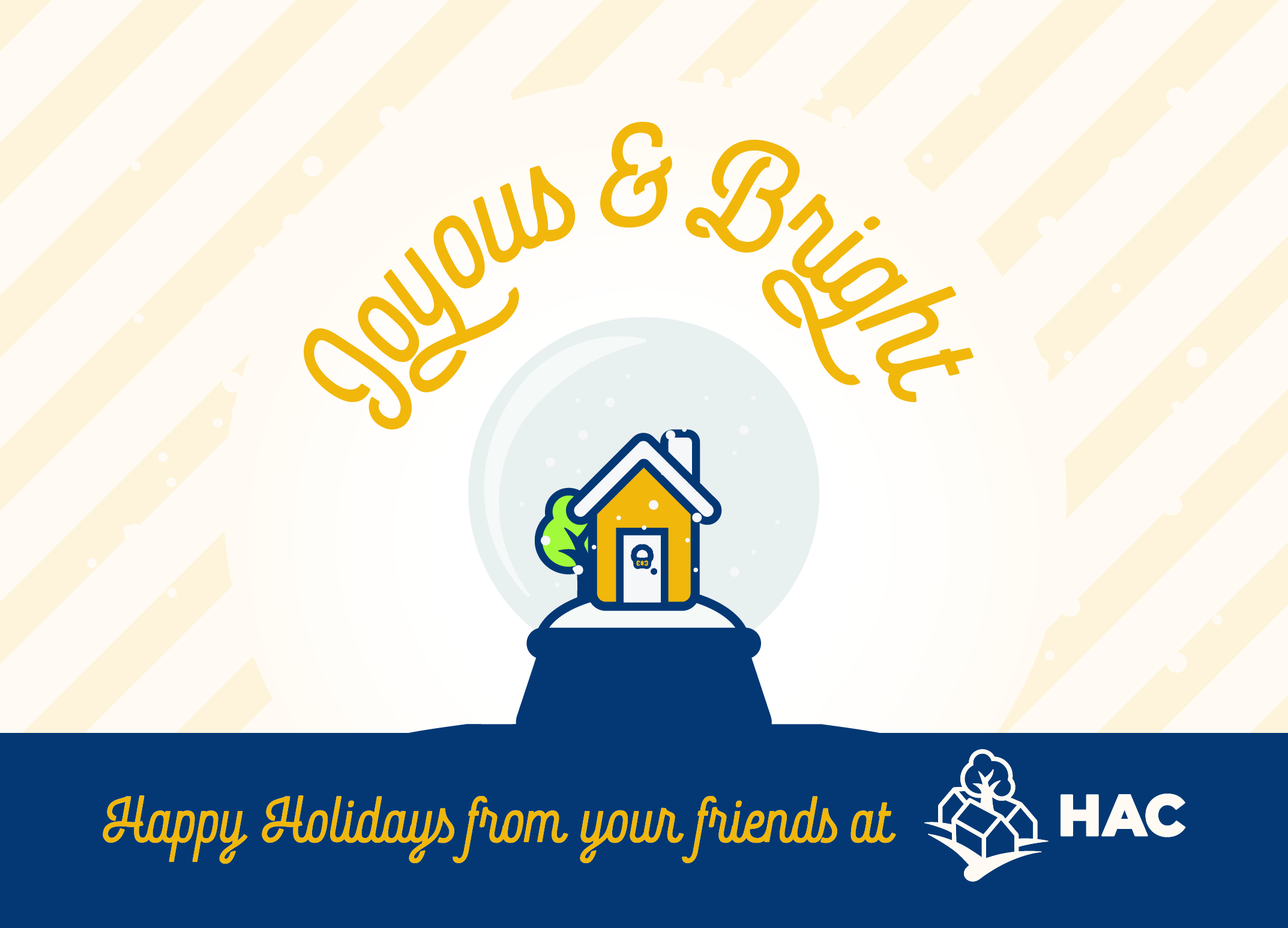 The Housing Assistance Council would like to thank you for your dedication to building rural communities. We would also like to salute you for your continuous support of HAC and the work we do to provide quality affordable housing to the rural poor, especially the poorest of the poor in the most rural places.

As you celebrate the holiday season, we hope you will take a moment and make a donation to HAC. Your tax-deductible donation helps support HAC’s work in rural communities across the country.

Wishing you the brightest and happiest of holidays, and a joyous new year.

On Friday, October 20, 2017, the Housing Assistance Council joined The Home Depot Foundation and the National League of Cities to support Purple Heart Homes in their 1st Annual Veterans Aging Summit. Held at the University of North Carolina, the summit convened nonprofit practitioners, Veterans’ service organizations, researchers, educators, public policy makers, community leaders, government representatives, and other interested stakeholders to collaborate on identifying and meeting the needs of aging Veterans and their caregivers. 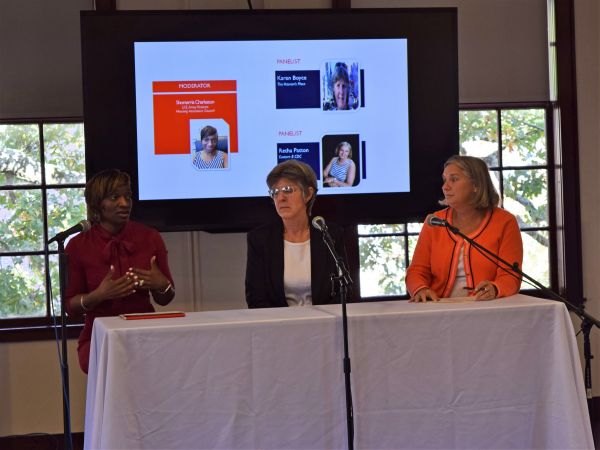 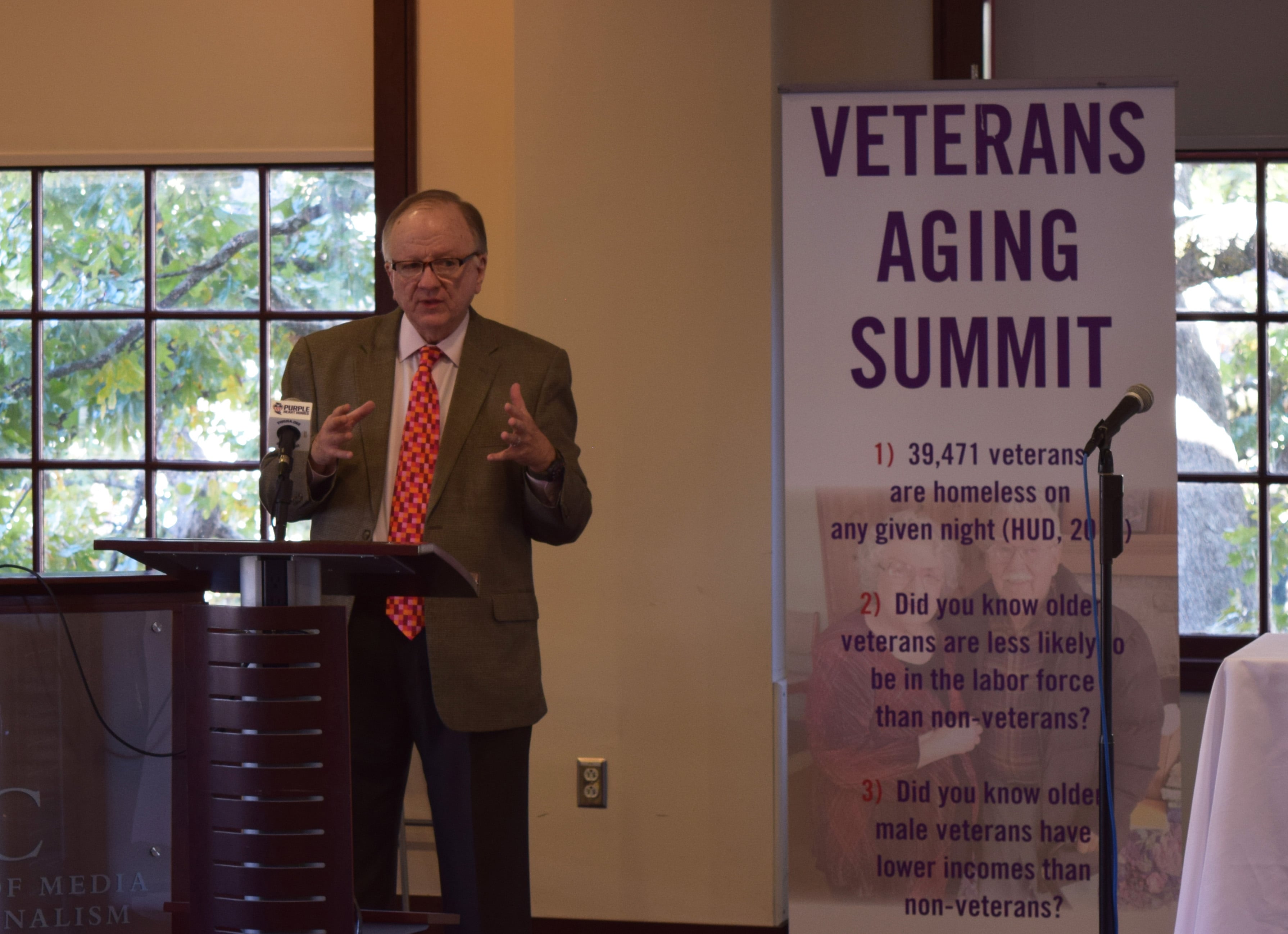 HUD released the its Worst Case Housing Needs 2017 Report to Congress. The report provides national data and analysis of the critical problems facing very low-income renting families. Households with worst case needs are defined as very low-income renters who do not receive government housing assistance and who paid more than one-half of their income for rent, lived in severely inadequate conditions, or both.

The Trump Administration’s budget for fiscal year 2018 will be released on May 23. Join rural housing experts to learn what the budget proposes for USDA and HUD affordable housing programs. Speakers will also explain the next steps in the budget process.

USDA has proposed to “realign” its Rural Development mission area so the Rural Housing Service, Rural Business-Cooperative Service, and Rural Utilities Service administrators report directly to the Secretary of Agriculture.

This suggestion is offered in a report to Congress released on May 11, 2017. As the document’s title – Report on the Proposed 2017 Reorganization of the Department of Agriculture to Establish an Under Secretary for Trade and Foreign Agricultural Affairs – indicates, it focuses on changing USDA’s trade functions; it also emphasizes changes related to farm production. In a brief paragraph, the report says USDA:

The idea raises numerous questions that have not yet been answered. Will this change lower RD’s profile in the department because it will not have a representative at the Under Secretary level? What priority will RD receive among all the other things the Secretary’s staff must address? Will it become easier to cut RD or its programs if they can be viewed as projects in the Secretary’s office and therefore optional? How does this fit with the Administration’s budget proposals to reduce RD funding?

The Housing Assistance Council (HAC) and bcWORKSHOP [bc] are pleased to announce the selection of two organizations for the Rural Placemaking Program, supported by a Knowledge Building Grant from the National Endowment for the Arts (NEA). The smART Kinston City Project Foundation in Kinston, North Carolina and Woodlands Development Group in Elkins, West Virginia will be implementing rural creative placemaking initiatives during summer 2017 as a part of this program.

Over the next six months, smART Kinston and Woodlands Development Group will work in partnership with residents and artists to develop a creative, arts-based initiative in their communities. With the support of [bc] and HAC, both organizations will kickoff their creative placemaking pilot projects in June.

For more information on the recipient groups and creative placemaking, visit https://www.bcworkshop.org.