Even as the US economy continues to recover, the inequalities amplified by the COVID-19 pandemic remain front and center. Households that weathered the crisis without financial distress are snapping up the limited supply of homes for sale, pushing up prices and further excluding less affluent buyers from homeownership. At the same time, millions of households that lost income during the shutdowns are behind on their housing payments and on the brink of eviction or foreclosure. A disproportionately large share of these at-risk households are renters with low incomes and people of color. While policymakers have taken bold steps to prop up consumers and the economy, additional government support will be necessary to ensure that all households benefit from the expanding economy.

HAC is a proud sponsor of Harvard’s State of the Nation’s Housing report. 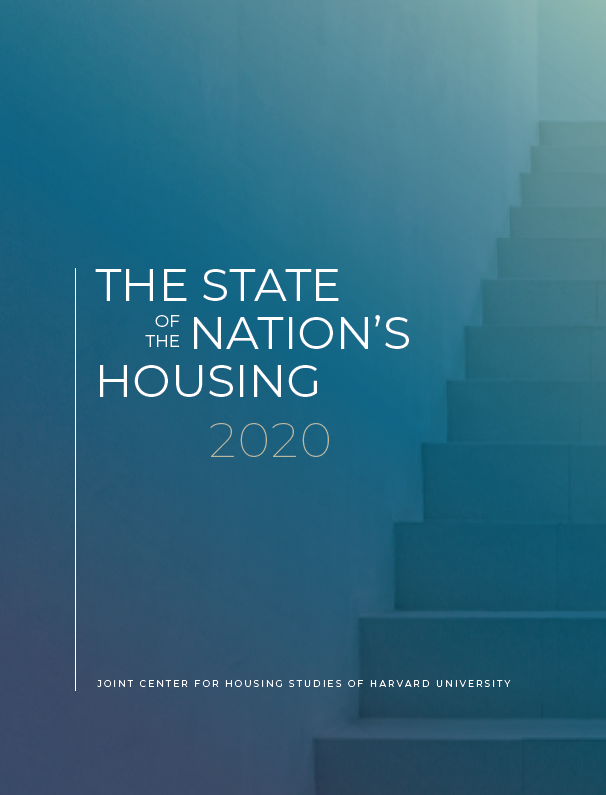 For most of 2020, the country has been beset by the COVID-19 pandemic, social unrest sparked by longstanding racial injustice, and the devastating impacts of climate change. Although low interest rates and continued growth in some sectors have bolstered homebuying and the broader economy, conditions have worsened for many households. Indeed, the nation’s failure to live up to its long-stated goal of a decent home in a suitable environment for all has never been clearer— particularly in the lack of affordable rental housing and unequal access to homeownership. Today’s crisis conditions call for a comprehensive re-envisioning of national housing policy.

A community’s housing stock is one of its most important resources. The presence of high quality and affordable housing units reflects vibrancy and makes a community attractive for both current and future households and businesses. Housing influences everything from community services to health outcomes. The absence of affordable high-quality housing puts a strain on a community and its residents. A community can also be negatively impacted if too many housing units are vacant and property values are not sufficient to generate revenues for local services and to entice development and growth.