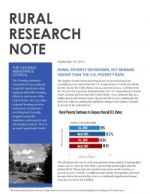 Download the PDFThe number of rural Americans living in poverty decreased last year, according to a new report from the U.S. Census Bureau. Overall, the official poverty rate for the United States was 14.5 percent in 2013 – a decline from the 2012 level of 15 percent. 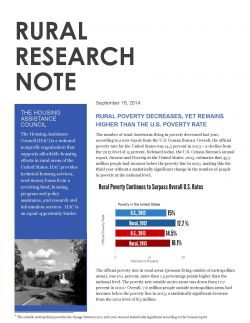 The number of rural Americans living in poverty decreased last year, according to a new report from the U.S. Census Bureau. Overall, the official poverty rate for the United States was 14.5 percent in 2013 – a decline from the 2012 level of 15 percent. Released today, the U.S. Census Bureau’s annual report, Income and Poverty in the United States: 2013, estimates that 45.3 million people had incomes below the poverty line in 2013, making this the third year without a statistically significant change in the number of people in poverty at the national level.

The official poverty rate in rural areas (persons living outside of metropolitan areas), was 16.1 percent, more than 1.5 percentage points higher than the national level. The poverty rate outside metro areas was down from 17.7 percent in 2012. Overall, 7.6 million people outside metropolitan areas had incomes below the poverty line in 2013, a statistically significant decrease from the 2012 level of 8.5 million. 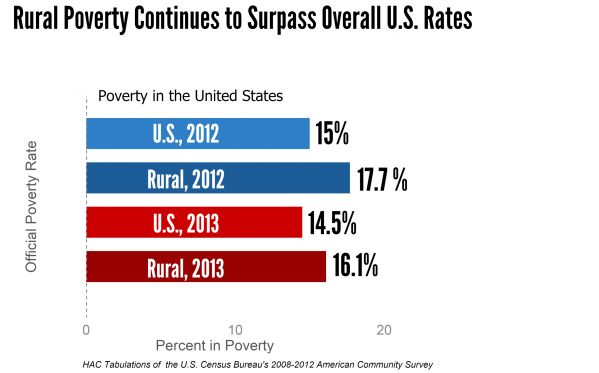 Additional HAC research on poverty, using data from the 2008-12 American Community Survey (ACS), indicates that poverty rates are extremely high among certain populations and areas in rural America. HAC identified 767 counties, the overwhelming majority of which are rural, with poverty rates of 20 percent or more. One hundred of these counties have a poverty rate of 30 percent or more. These high poverty rate counties tend to be concentrated in several rural regions and communities: Central Appalachia, the Lower Mississippi Delta and rural Southeast, the Colonias region along the US-Mexico border, Native American lands, and migrant and season farmworker communities. Often forgotten or hidden from mainstream America, these areas are isolated geographically, lack resources and economic opportunities, and have suffered through decades of disinvestment and double-digit poverty rates.

These higher poverty rates in rural areas, combined with low and stagnant incomes, continue to hinder many rural families’ ability to access quality and affordable housing

Household incomes in rural America continue to lag behind those in suburban and urban areas. The Census Bureau estimated the national household median income at $51,939 in 2013 – not statistically different from the 2012 level. Household incomes were highest in metropolitan areas outside of central cities ($59,497) and lowest outside of metropolitan areas ($42,881). The high proportion of low-skill and low-paying jobs in rural areas, combined with lower educational attainment levels, are substantial factors in the rural income divergence. 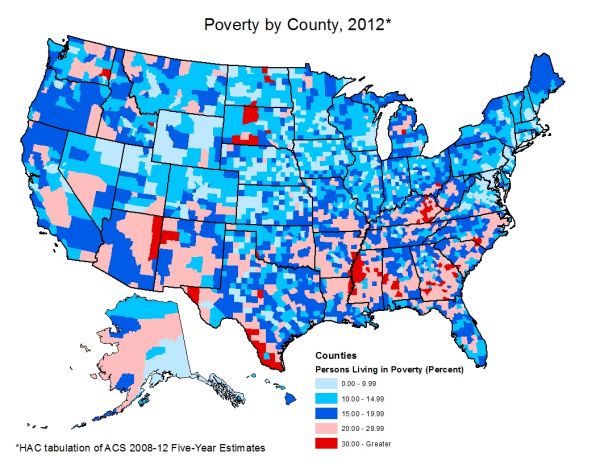 The economic tumult of the past decade has reduced incomes and increased income inequality nationally and in rural areas. According to the Census Bureau estimates, incomes outside of metropolitan areas continued to lag behind 2007 (before the recession) levels. Likewise, measures of income inequality remained, statistically speaking, unchanged and elevated levels of income inequality continue.

Additionally, the Census report estimates that 13.4 percent, or 42 million Americans, were without health insurance in 2013. The 2013 uninsured rate for those living outside of metropolitan areas was 12.9 percent. The Census Bureau estimates that 6.1 million persons outside of metropolitan areas were without health insurance in 2013 .

The outside metropolitan poverty rate change between 2011 and 2012 was not statistically significant according to the Census report.

FOR MORE INFORMATION ON POVERTY IN RURAL AMERICA

Download the Census Bureau’s Official Report on Poverty
For more information on poverty and income figures download the U.S. Census Bureau’s new report: Income and Poverty in the United States:2013 at: https://www.census.gov/content/dam/Census/library/publications/2014/demo/p60-249.pdf

Access data on poverty and income for your community at HAC’s Rural Data Portal: www.ruraldataportal.org 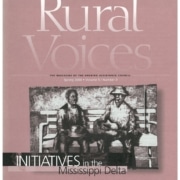 Coming Together for a Common Cause HAC News: September 17, 2014
Scroll to top