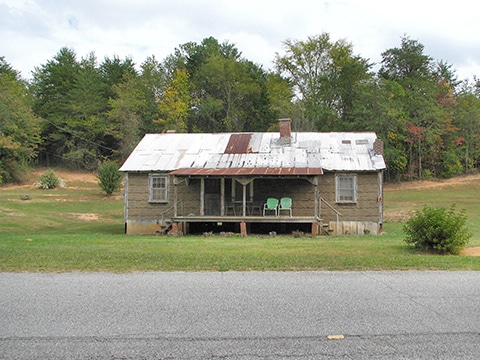 HAC Executive Director Moises Loza submitted the following Letter to the Editor to the Washington Post on June 27, 2016.

“The rural reaches of income inequality” (June 26) raises issues that are too often ignored. As the Housing Assistance Council works to improve housing conditions for low-income rural Americans, we are well aware of the consequences of income inequality. In places with significant income differences, the wealthy depend on service workers but those who wait tables, work in retail, clean homes, and maintain lawns cannot afford decent homes near their jobs.

There are other costs as well. For example, USDA’s Economic Research Service has identified the growth in income inequality as the major factor increasing rural child poverty from 2003 to 2014. The Robert Wood Johnson Foundation and the University of Wisconsin Population Health Institute report that counties with high levels of child poverty and income inequality are often less healthy than those with lower levels. (Their study defined income inequality as the difference between the 20th and 80th percentiles rather than between the top 1 and bottom 99.)

Even without income inequality, of course, poverty can be dangerous. The Post’s interactive online map shows that in Oglala Lakota County, SD (formerly named Shannon County), the top 1 percent makes only 5.3 times as much as the bottom 99 percent. Income inequality is hardly a problem there, but deep, persistent poverty is. Oglala Lakota County, which lies entirely within the Pine Ridge Indian Reservation, has had a poverty rate well over 50 percent for decades. As a result, 51 percent of homes in the county are physically deficient and 26 percent are overcrowded.

Serious housing problems exist in other persistent poverty counties, as well. These areas, which tend to have low proportions of the extreme income inequality highlighted in the Post’s article, are concentrated in certain parts of the country: Native American lands, Appalachia, the Lower Mississippi Delta and the Southern Black Belt, and the colonias along the U.S.-Mexico border. Income and housing issues are common among farmworkers, as well, although those are not as visible on a map. Notably, minorities are the majority in five of these six regions and populations (Appalachia being the exception).

Thanks are due to the Post for its reporting and to the Economic Policy Institute for including rural places in its income inequality research. As income inequality, job opportunities, and race drive the politics of the day, we cannot continue to overlook their presence anywhere in the country.

Rural Poverty, Before and After the War