Bruce Lammers has been appointed RHS administrator and began work on May 28. His career has been in banking with an emphasis on government-guaranteed lending.

State and local governments, nonprofits, federally recognized Indian Tribes, and consortia of eligible entities are eligible for these grants, which can be used to repair and rehab homes for low- and very low-income owners or rental units available to low- and very low-income tenants. Apply by July 8 to an RD state office or at grants.gov. For more information, contact Bonnie Edwards-Jackson, RD, 202-690-0759.

FY20 funding bills for both USDA and HUD passed separate House appropriations subcommittees in May 23 and next will be considered by the full Appropriations Committee. No spending measures have been introduced in the Senate so far. Both House bills provide level funding or increases for housing programs, rejecting the Administration’s budget requests. USDA Rural Development would see increases in the Section 523 self-help program and rental housing preservation resources including Section 515, MPR and Section 542 vouchers, although technical assistance funding for preservation is not included. USDA’s funding bill would also prevent USDA’s planned move of ERS and NIFA out of the Washington, DC area.

The Senate passed the repeatedly delayed disaster relief bill, H.R. 2157, on May 23, after President Trump agreed to sign it into law. The House was not able to pass the bill, however, and Congress is now on recess until June 3.

In an attempt to increase use of the Section 504 repair loan program by low- and very low-income homeowners, USDA is waiving some regulatory requirements in 20 states and Puerto Rico for fiscal years 2019 and 2020. The pilot also raises the dollar limits in those places from $20,000 for loans and $7,500 for grants to $40,000 for loans and $10,000 for grants. For more information, contact an RD state office.

USDA will propose rule on housing for mixed-status families.

USDA is drafting a regulation on housing aid for families with mixed immigration statuses. The agency’s summary says it will “harmonize” its requirements with HUD’s. HUD recently proposed to evict people who are ineligible for HUD housing assistance because of their immigration status, rather than continuing to allow them to live in units with eligible family members and receive pro-rated aid. USDA hopes to publish its rule for public comment in August.

HUD is preparing a change in regulations that would allow HUD-funded homeless shelters to treat transgender people as belonging to the sex they were assigned at birth rather than the sex with which they identify, eliminating a 2016 rule that requires recognition of individuals’ gender identities. HUD estimates that the revised rule will be published for public comment in September. The House’s HUD appropriations bill includes language that would block this change. 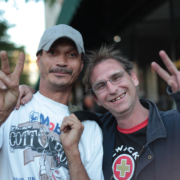