HUD Budget Proposes Cuts for Some Programs, Increases for Others in FY 2014

April 10, 2013 – The Obama Administration’s budget proposes increases in some areas but also many reductions for the U.S. Department of Housing and Urban Development in the fiscal year beginning October 1, 2013. Cuts are proposed for CDBG, HOME, SHOP, and Section 811 housing for the disabled. The Housing Trust Fund would be funded at $1 billion. Increases are proposed for homelessness programs, rental assistance, the Public Housing Operating and Capital Funds, Section 202 housing for seniors, Choice Neighborhoods, and housing counseling. The VASH program of vouchers for veterans would be continued at $75 million.

CDBG and HOME are probably the HUD programs most relied on by rural nonprofits. They are cut while other narrower HUD accounts receive substantial increases.

For the first time an Obama budget proposes to fund the Self-Help Homeownership Opportunity Program (SHOP). But the request is for only $10 million, and the program would be part of HOME. This is an improvement from the assumption in past Obama budgets that state and local administrators of the HOME program could fund SHOP projects.

Also there is again no funding requested for and no mention at all of the Rural Innovation Fund, which replaced the Rural Housing and Economic Development Program (RHED) in 2010 appropriations, at HUD’s urging. Since 2010 the RIF also has been left out of every Obama budget for HUD (2011, 2012, 2013 and 2014). RHED is mentioned in the budget, but with a zero funding request.

The table below provides details. [tdborder][/tdborder] 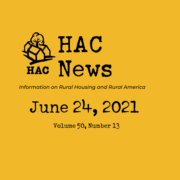 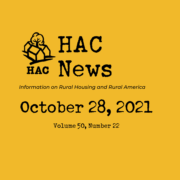 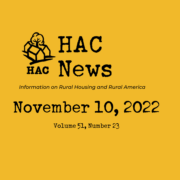