Information on HUD’s FY13 budget and appropriations is available here.

The Senate Appropriations Committee released its version of a CR. The bill has not yet been considered by the full Senate. It specifies funding levels for the rural housing programs, some of which are not the same as FY12 levels; keeps the 5% sequester in place; and adds a 2.513% across the board cut for USDA programs. That means each program would receive 92.487% of the amount shown in the table below.

The guarantee programs – Section 502 guaranteed for homeowners and Section 538 for rental housing – are not impacted by these cuts because they are funded by fees charged to program participants. They could, however, be affected by other changes such as staffing reductions.

March 1, 2013 – Since no deal was reached to change or delay sequestration, it begins taking effect today. The effects may not be dramatic or immediately noticeable.

HAC News item, February 20, 2013 – In a letter to Senate Appropriations Committee Chair Barbara Mikulski (D-MD), USDA Secretary Tom Vilsack stated that if funding for the remainder of FY13 is cut on March 1, USDA will need to eliminate Rental Assistance for 10,000 households, not only making their homes unaffordable but also reducing funds available to owners for maintenance and mortgage payments. HUD Secretary Shaun Donovan testified before the committee on February 14, detailing numerous potential program cuts at HUD.

HAC News item, February 6, 2013 – March 1: Automatic, across-the-board spending cuts in discretionary domestic programs (5.1%) and defense will occur unless Congress acts to avert them. March date unknown: The Administration will release its FY14 budget proposal. March 27: The continuing resolution that has provided FY13 funding ends and the government will shut down unless Congress takes action. April 15: Legislators’ salaries will begin to be escrowed as required by the debt ceiling increase bill signed into law by President Obama on February 4, unless/until Congress passes a concurrent budget resolution for FY14. A budget resolution is not binding, so the appropriations committees can begin considering FY14 funding bills without it. May 18/August date unknown: The debt ceiling is suspended through May 18 and then it increases by a formula that is expected to enable the federal government to continue meeting its debts until sometime in August.

HAC News item, January 24, 2013 – A memo from the Office of Management and Budget advises federal agencies to intensify planning for possible sequestration, but not to take action yet. Unless Congress changes the law, federal funding will be cut on March 1. The Center on Budget and Policy Priorities calculates that because of changes made in the tax deal (described below) the cut for non-defense discretionary programs including housing will be 5.1% rather than the previously expected 8.2%.

HAC News item, January 10, 2013 – The American Taxpayer Relief Act of 2012, the deal reached by the Administration and Congress to avoid the “fiscal cliff,” delays until March 1 the 8.2% across-the-board spending cuts that would have been effective January 1, while lowering the caps for FY13 discretionary spending. It also extends for one year a 9% credit floor for Low Income Housing Tax Credit deals and extends the New Markets Tax Credit for 2012 and 2013. In February and March Congress will be faced with decisions about sequestration, the U.S. debt ceiling, and the continuing resolution for FY13 funding that expires on March 27.

HAC News item, September 26, 2012 – Both the House and Senate passed H.J. Res. 117, keeping housing programs and almost all others at FY12 funding levels through March 27, 2013. President Obama is expected to sign it.

HAC News item, September 26, 2012 – Before adjourning Congress did not change the “sequestration” – cuts in federal funds – required in January, although a variety of bills have been introduced. The Administration’s sequestration report to Congress indicates how each agency will implement the requirement to cut 8.2% of nondefense discretionary funding, including housing programs. USDA and HUD will cut each housing program account by 8.2%. (Some program accounts encompass one program while others include several.)

CONGRESS BACK IN SESSION, CR INTRODUCED

Excerpt from HAC News item, September 12, 2012 – A continuing resolution to fund federal programs for the first six months of FY13, starting October 1, is scheduled for votes in the House September 13 and in the Senate next week. H. J. Res. 117 would give most programs, including housing, increases in subsidy (budget authority) needed to remain at FY12 program levels.

HAC News item, September 12, 2012 – White House Press Secretary Jay Carney told reporters the Administration needed more time to prepare the report to Congress required by the Sequestration Transparency Act, due on September 6, so the estimates on the impact of Budget Control Act funding cuts will be released later this week. Separately, An Update to the Budget and Economic Outlook: Fiscal Years 2012 to 2022, by the Congressional Budget Office, projects that policy changes scheduled for January 2013, including sequestration, “will lead to economic conditions in 2013 that will probably be considered a recession.”

HAC News item, August 8, 2012 – In late July Republicans and Democrats in Congress, along with the White House, announced they will develop a continuing resolution to fund the government for the first six months of FY13, starting October 1, 2012. Most programs will remain at FY12 funding levels. Congress has recessed until September 10, so the CR will be considered in September.

AG SPENDING BILL UP NEXT

Excerpt from HAC News item, July 11, 2012– Following a July 4 recess at home, the House may take up 2013 appropriations for USDA soon. There will be a continuing resolution to begin FY13 on October 1, 2012. Final budget decisions for 2013 will come in a post-election session, or in the new Congress next year.

July 2, 2012 – Versions of USDA’s FY13 appropriations bill have been approved by the House and Senate Appropriations Committees (see details below), but the bill has not yet been considered by either the full House or the full Senate. Congress has adjourned until July 9. It is not clear when either body may take up its USDA spending bill after that.

Update and correction, June 20, 2012 – The full House Appropriations Committee passed the USDA spending bill on June 19, with only one change in the dollar amounts approved by the subcommittee. The subcommittee had provided $886.6 million for Section 521 Rental Assistance (not $866.6, as HAC reported originally), and the full committee adopted an amendment by Rep. Mike Simpson (R-Idaho) adding another $1.5 million for RA.

The Committee recognizes that a change in focus in the management of the multifamily housing portfolio may be necessary. However, the Committee is concerned about the dramatic shifts in the proposed program funding levels over the past two fiscal years and directs the Department to develop and present to the Committees on Appropriations of the House and Senate a definitive plan to address rural rental housing needs.

June 6, 2012 – The House Agriculture Appropriations Subcommittee passed its FY13 spending bill unanimously, with no changes to the housing numbers reported below.

June 5, 2012 – The House Appropriations Committee released a draft USDA FY13 spending bill, which will be reviewed by the Agriculture Appropriations Subcommittee on June 6. The House draft would provide lower amounts than the Senate’s bill for almost all rural housing programs. It allocates slightly more to the Section 515 rural rental housing program than the Senate bill, although the House’s $31.3 million is less than half of the $64.5 million Section 515 received in FY12.

The loan guarantee programs – Section 502 for owner-occupied housing and Section 538 for rental units – are at the same levels in the House and Senate bills. These programs charge fees that make them self-supporting.

The House bill contains new language in every provision relating to housing programs and in some, but not all, provisions relating to other Rural Development programs: “Not later than 15 days after the date of the enactment of this Act, the Secretary of Agriculture shall submit to the Committees on Appropriations of the House of Representatives and the Senate a detailed spending plan by program, project, and activity for the funds made available under this heading.”

Details are provided in the table below.

The Senate bill also includes language that extends for one year eligibility for rural housing programs for all communities currently in the program. Background on this issue is available here.

February 13, 2012 – The USDA rural housing programs portion of the Obama Administration’s budget for fiscal year 2013 differs in several ways from last year’s budget proposal and from the final appropriations adopted for FY12. Details are provided in the table below.

The Section 502 mortgage guarantee program continues to be emphasized as the primary single-family vehicle; fees charged to borrowers mean the program does not cost the government anything. The Section 502 direct mortgage lending request of $652 million is considerably higher than last year’s $211.4 proposal, but lower than the $900 million appropriated for FY12. For the first time, the Administration requests setasides of Section 502 direct loans for borrowers participating in the Section 523 self-help housing program and for teachers.

Section 523 self-help technical assistance funds for local organizations that sponsor self-help “sweat equity” programs would drop from the $30 million appropriated level to $10 million – but $10 million is higher than the 0 requested in the FY12 budget.

The budget’s figures for Section 504 repair loans and grants for very low-income homeowners are far higher, at $28 million and $28.2 million respectively, than the FY12 budget request, and the loan amount is almost triple the $10 million FY12 funding level.

The Administration makes significant changes in its multifamily housing approach this year. Fees have been authorized for Section 538 guaranteed multifamily loans, making that program self-supporting, so the FY13 budget requests a $150 million lending level. The Section 515 direct loan program is zeroed out, with preservation and rehabilitation funding provided through $34.4 million in the Multifamily Housing Preservation and Revitalization (MPR) program. No Rental Assistance is set aside for preservation activities, although USDA has the authority to establish such a setaside on its own.

The budget proposes slight increases from FY12 levels for Section 514/516 farmworker housing loans and grants, as well as a setaside of Section 521 Rental Assistance.

The $907 million requested for Section 521 RA is intended to renew expiring contracts, thus maintaining rent subsidies for tenants who currently have them.

As it did last year, the Administration proposes to increase the Rural Community Development Initiative to $8 million for intermediary organizations to support regional economic development strategies. Congress declined to adopt this Regional Innovation Initiative in the FY12 appropriations law.

Discuss or comment on the budget on HAC’s rural housing listserv or on Twitter (use hashtag #ruralhousing)
Register now for HAC’s webinar on the rural housing budget, to be held Tuesday, February 21, 2:00-3:00 eastern time.

a. Figures shown do not include 0.2% across the board reduction.
b. Figures shown for Section 514 and 516 farm labor housing are the amounts offered in the FY11 NOFA. 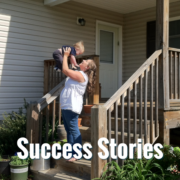 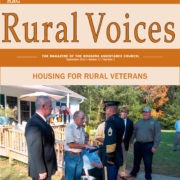 Housing Seniors, One Person at a Time