USDA RURAL HOUSING BUDGET EMPHASIZES LOAN GUARANTEES. In the Obama Administration’s budget request for FY14, released on April 10, the Section 502 and 538 guarantee programs remain the focus of rural housing provision. Section 502 direct would fall from $900 million this year to only $360 million in FY14, and Section 515 from $31.3 million to $28.4 million. Increased funding is requested for Section 521 Rental Assistance, but data are not available for those outside USDA to calculate whether the higher amount is enough to renew all expiring contracts. The MPR rental preservation demonstration program would receive a slight increase to $20 million. Section 523 self-help housing would be cut by two-thirds. Section 514/516 farm labor housing and Section 504 home repair loans and grants would be cut by lesser amounts. Congressional appropriations subcommittees are holding hearings on the budget requests. [tdborder][/tdborder]

HUD BUDGET PROPOSES CUTS FOR SOME, INCREASES FOR OTHERS. Funds would be reduced for CDBG, HOME, SHOP, and Section 811. The Housing Trust Fund would be funded at id=”mce_marker” billion. Increases are proposed for homelessness programs, rental assistance, the Public Housing Operating and Capital Funds, Section 202, Choice Neighborhoods, and housing counseling. VASH vouchers would be continued at $75 million. The budget requests $5 million to fund the new Rural Housing Stability Assistance Program. No funding is requested for the Rural Innovation Fund or its predecessor, the Rural Housing and Economic Development Program.

SENATE COMMITTEE HOLDS HEARING ON NATIVE AMERICAN HOUSING. “Identifying Barriers to Indian Housing Development and Finding Solutions” was convened on April 10 by the Senate Select Committee on Indian Affairs. A webcast and copies of witnesses’ written testimony are available online.

HUD SETS POLICY ON TENANT PROTECTION VOUCHERS. HUD Notice PIH 2013-08 tells owners of HUD-assisted properties to notify tenants by May 15 if they intend to apply for vouchers and to apply by June 14. Properties must be in low vacancy areas and their mortgages must have matured or use restrictions expired during FY12. Contact a HUD field office or the Housing Voucher Management and Operations Division, 202-708-0477.

HOMELESSNESS HAS DECREASED IN U.S. BUT INCREASED IN SOME STATES. The National Alliance to End Homelessness’s State of Homelessness in America 2013 report also says the number of people experiencing homelessness as part of a family increased slightly, while the numbers of chronically homelessness individuals and veterans decreased significantly. The report includes data at the state level. Contact NAEH, 202-638-1526.

FAIR HOUSING ACT SHOULD BE MODERNIZED, NFHA SAYS. In its annual fair housing trends report, the National Fair Housing Alliance calls for adding sexual orientation, gender identity, source of income, and marital status to the Act’s protected classes. The data in Modernizing the Fair Housing Act for the 21st Century show that complaints of discrimination on these bases, as well as harassment complaints, have increased. 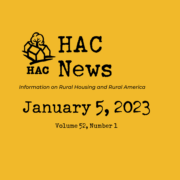 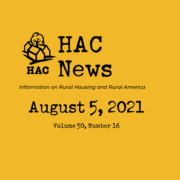 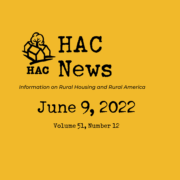 The Color of Elsewhere: Identity and Wealth in Rural America Trail of Hope for Indian Housing: Bringing Reservation Homes to the Nation’s...
Scroll to top