Staying Housed on a Fixed Income: The Importance of Available Affordable Housing for Seniors

This story appears in the 2014 Special Edition of Rural VoicesDuring the past decade, the overall poverty rate for Americans age 65 and older has held steady at about 10 percent. However, examining this data reveals significantly higher rates of poverty among older women and minorities. Single females 65 and older represent approximately 70 percent of people over 65 living alone; many have not spent as much time in the workforce as their male cohorts, nor did they have similar earning power. Many rely on SSI, which can place them in vulnerable financial positions. This is not a problem faced solely by senior women; several of the Neighborhood Nonprofit Housing Corporation’s (NNHC’s) rental property managers have noted that there is a growing trend of tenants whose only source of income is SSI. Corroboratively, the AARP states that “among all older Americans in 2012, almost half relied on Social Security for 50 percent or more of their family income, while nearly one in four relied on Social Security for 90 percent or more of their family income.” This leads to many seniors living from one SSI check to the next, with little or no contingency for emergencies. In recent years, NNHC’s property managers have also seen an increase in the number of tenants using local food pantries; these data is supported by the findings of a 2013 National Foundation to End Senior Hunger study. “In 2011, almost one in every 12 seniors above the age of 60 in the United States was food insecure. That represents 4.8 million seniors nationwide, which is more than double the number of food insecure seniors in 2001.”

Tenants who live near a food pantry that provides free deliveries are particularly fortunate. A recent survey of senior properties in Utah found that over half of seniors do not own a vehicle. They rely on public transportation, which can be limited or even nonexistent in rural areas. An NNHC tenant who has lived in both large urban centers and small rural areas noted that rural areas tend to be less pedestrian friendly, lacking wheelchair-friendly curbs and even sidewalks. One rural senior noted that without public transportation, getting to medical appointments becomes very difficult. Consequently, she felt rural seniors were less likely to get the health care they needed. 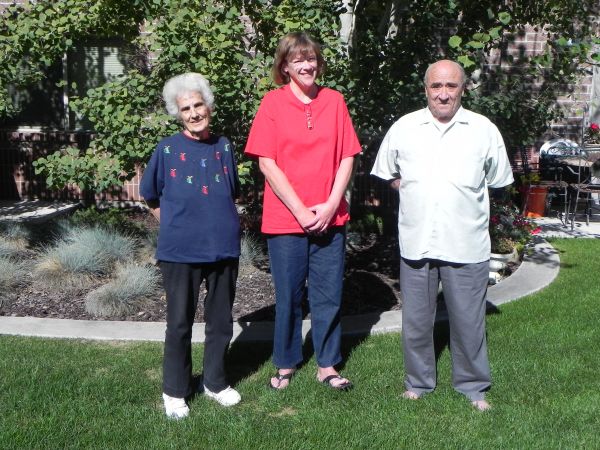 These challenges faced by seniors are only too familiar to Deanne Jones, a resident at NNHC’s River Park Senior Housing property in Logan, Utah. Deanne was employed and renting a small home when she faced a permanent disability and eventually had to stop working. She went from being able to provide for herself to having to choose between paying for rent or buying groceries. After several months of difficult financial struggles, she read an article in the local paper about a new affordable senior property that was under construction. She called immediately and put her name on the list to be contacted when a unit became available. She called frequently to check on the progress of the development and was one of the first tenants to move in. She counts her current apartment as a “huge blessing” and is grateful to have both a roof over her head and food on the table as well as neighbors that help watch over one another. Deanne expressed appreciation to both the LIHTC and HOME programs for funding the River Park property that gave her the ability to be independent and maintain her dignity. To her, these programs are “critical” and a lifeline to seniors in need. 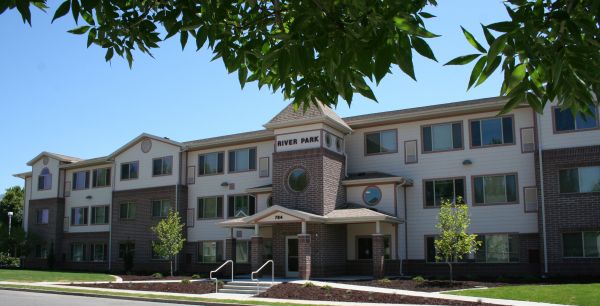 Another resident, Larrie Lou Hogge, has lived in River Park for just over two years and says she “loves it!” She admits that living solely on SSI is difficult, even with the affordable rent she pays. Increased food and prescription medicine costs have stretched her budget, but she is happy to have a home with a community feeling. The local Independent Living Center provides her invaluable support via a weekly shopping trip; as a wheelchair user, it is difficult for her to get around. Without some form of public transportation, she would lose the ability to live independently.

Senior homeowners also struggle to make ends meet. Regina Clements lives in a home that is as old as she is – a spry 75. Unfortunately, the home wasn’t doing as well as its owner; the chimney was falling apart, the roof needed repairs, and the home only had a few rain gutters and no downspouts. When it rained, Regina could stand at the window and watch pieces of shingles fall off the roof. In the winter, she had six foot icicles hanging from her eaves. Regina didn’t have the funds to make much-needed repairs, but then she read in her city utility bill about a home rehabilitation program that offered grant funds for homeowners in her situation. At first, she felt it was “too good to be true,” but still attended the orientation meeting. She found most of the other attendees were in similar situations; they owned older homes that needed repairs and simply didn’t have the ability to pay for them. The Northern Utah Neighborhood Improvement program provided Regina with a $9,800 grant to remove the chimney, replace the roof, and install rain gutters with downspouts. The program requires its participants to “give back” through community service, and Regina was tasked with organizing a neighborhood cleanup. Now her neighbors will benefit from her efforts, and she has enjoyed interacting with people from all walks of life. She sees this as a “wonderful program that should be continued” and one that acts as a catalyst to make other good things happen. But future program funding is always tentative; previous support has come from CDBG, the Federal Home Loan Bank of Seattle, and affordable housing money from partnering cities. 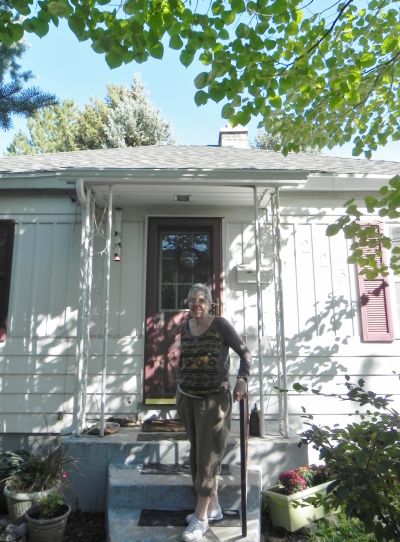 There is a need for affordable housing for seniors throughout the country. U.S. Census data shows very clearly that people are living longer; it is forecast that the proportion of people age 65 and older will grow from 12.5 percent in 1990 to 17.7 percent in 2020, a 41.6 percent increase. By the year 2060, the number of people age 65 and over is expected to top 92 million. Extended funding cuts to federal housing programs, as well as HOME and CDBG funding, have made it harder to provide affordable housing programs for very low-income seniors, particularly in rural areas. Smaller rural populations equate to smaller projects which do not allow for developmental economies of scale like those of larger urban projects. In addition, rural communities have fewer resources to contribute to affordable housing projects than their urban counterparts.

Safe, affordable housing is a crucial need for our nation’s seniors, and providing them opportunities to remain independent is not only better for them, but it also makes economic sense for everyone. It is up to us to make certain our nation’s policy makers understand and support this premise. After all, isn’t everyone aging?

– Kim Datwyler has been the Executive Director of the Neighborhood Nonprofit Housing Corporation (NNHC) since 2000. Founded in 1996 with a mission to create affordable housing opportunities, strengthen and enhance communities, and provide households with the skills to become self-sufficient; NNHC’s primary focus is to assist underserved communities, particularly in Utah’s rural areas.