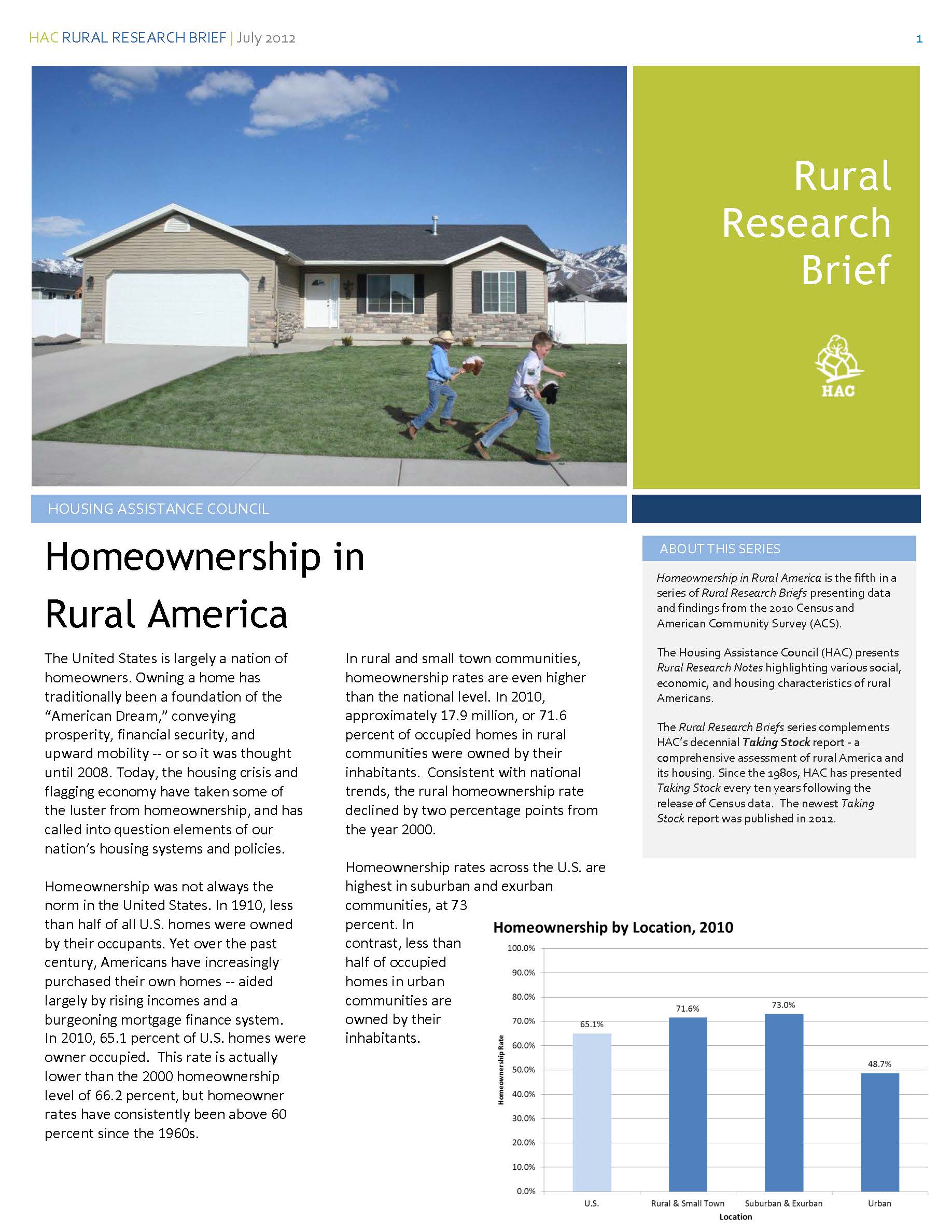 In its fifth Rural Research Note, HAC examines Homeownership in Rural America . In rural and small town communities, homeownership rates are even higher than the national level. In 2010, approximately 17.9 million, or 71.6 percent of occupied homes in rural communities were owned by their inhabitants. Consistent with national trends, the rural homeownership rate declined by two percentage points from the year 2000.

This research note includes analysis of: