We know that decent and affordable housing does great (and cost-effective) things like prevent lead poisoning, improve health outcomes, and boost student achievement in school. Rural affordable housing is an economic driver. And a lack of rural affordable housing is thwarting economic growth and job creation. Thus, HAC and our rural partners in 50 states are among the growing number of voices viewing housing as infrastructure. One rural small business developer said it best, calling intertwined issues of workforce recruitment and housing stock availability the “two biggest challenges that rural areas tend to be worried about”.

Those working in the metro DC area and other relatively affluent enclaves are accustomed to construction cranes hovering, young professionals sipping lattes that are the price of a burger and fries in a rural diner, and paying outrageous rents.

It is different in rural America. Available housing is often dilapidated, not energy-efficient, and though comparatively cheap, still unaffordable for the working poor, or most vulnerable. Grandma might have a $800 heating bill for her Jimmy Carter era manufactured home. Rural incomes are 25% less on average than non-rural, and this statistic is worse for rural areas mired in persistent poverty. But bottom line focused rural leaders know that affordable housing creates jobs—short and long term, while offering “immediate fiscal benefits” for states and localities.

Rural businesses too often struggle, with lumber catching dust at the lumber yard; building supplies hardly moving at the hardware store. Immediate economic impact would come from investment that is guaranteed to stay local, help local people, and that is “shovel ready” (and then some). It might even help stem the onslaught of rural hospital closures.

I’d challenge folks from the Trump Administration, starting with HUD Secretary Ben Carson, to join a bipartisan group of Congressional leaders and my colleagues and me on a journey—perhaps over the next Congressional recess. Start in Appalachia, say rural eastern Kentucky, and ask the folks there if federal infrastructure investment in housing would be wise. Imagine out-of-work miners constructing “self-help” homes, their sweat equity again paying a dividend, along with de facto job training.

Then go north, to Pine Ridge in South Dakota, where 18 people crowding into a house is still too common, a place that Nicholas Kristof called “Poverty’s Poster Child”. Ask them about the immediate impact of improved housing conditions. 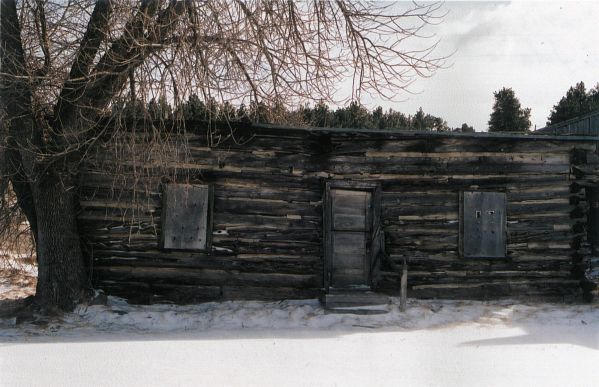 Next fly south, to the Colonias on the U.S.-Mexico border, where housing is in short supply, and modern sewage systems are too rare. In the Colonias, even modest investment does much good, as creative nonprofits are doing cutting-edge work. Going westward (or any direction, really), one could visit the homes of farmworkers, and see the substandard housing conditions of those responsible for making sure that we eat.

For those wanting some recreation with their fact finding mission, they would need not go to counties mired in persistent poverty—85% of which are rural. Rural resort towns (e.g., “tourist areas”) are filled with housing need. Those in the service industry are often part of rural America’s hidden homelessness epidemic. And make no mistake: investment in affordable rural housing plays a critical role in addressing rural America’s opioid crisis. Citylab called the opioid epidemic an “infrastructure issue”, citing the need for rural transitional housing.

In rural America, where costs are lower for construction and land, infrastructure spending targeted toward housing—preservation or new—can boost the outlook for Main Street while providing an anchor for our most vulnerable families to achieve stability, and a shot at the middle class.

Last year, over 7 million households in rural America experienced at least one major housing problem. We can do better, and political will is all that it takes.

This post is part of a series from members of the Campaign for Housing and Community Development Funding tying housing to infrastructure. Read the first post in the series from the National Housing Conference.

Over half of rural Americans Lack Benchmark Broadband Access

HAC News: February 2, 2017 Thank you for Signing up for HAC News
Scroll to top