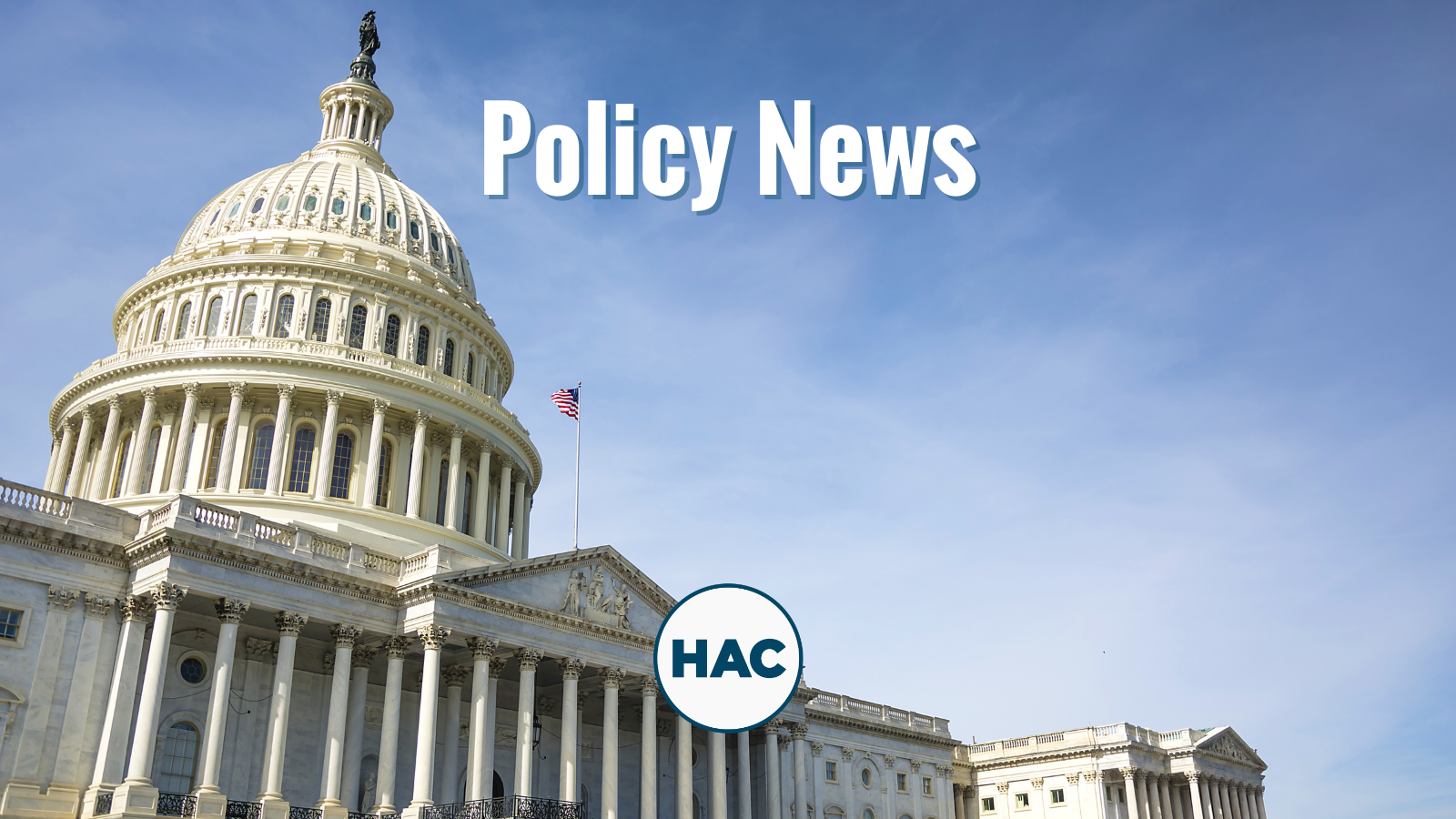 Most USDA rural housing programs will see modest boosts or flat funding for fiscal year 2023 in the omnibus spending bill congressional leaders released on December 20, 2022, which is expected to be enacted later this week. Funding for the Section 514 farmworker housing program will drop, however, from $28 million in FY22 to $20 million this year. The Community Facilities grant account is hit even harder, falling from $40 million in FY22 to zero this year, although the bill does add $50 million for CF grants to disaster areas.

— HAC’s analysis of FY23 appropriations for HUD is available here.  —

The bill’s funding levels support rental preservation efforts, although the measure does not decouple (separate) Section 521 Rental Assistance from USDA Section 514 and 515 mortgages. It substantially increases USDA’s Section 538 rental housing loan guarantees, which are used for preservation as well as new construction, from $230 million in FY22 to $400 million in FY23. This program has been fully utilized in the past two years – an indication of strong demand – and the administration’s budget had requested the additional funds. Section 515 direct rental housing loans receive a smaller increase, from $50 million this year to $70 million next year.

The Section 514 farm labor housing loan program, however, is cut from $28 million to $20 million. Section 516 grants hold steady at $10 million.

Emergency funding is provided for some of the rural housing programs, to be used in places where presidentially declared disasters occurred in FY22. The Rural Housing Assistance Grants account – which includes both Section 504 repair grants for low-income elderly homeowners and also Section 533 Housing Preservation Grants for owner-occupied or rental housing – receives $60 million. Community Facilities programs get $75.3 million, $50 of which is specifically for grants to repair essential community facilities. These CF grants can cover up to 75 percent of the cost of a repair.

The bill mandates smoke detectors in rental housing that is constructed, rehabilitated, or repaired with Section 515 or Section 514/516 funds, or funding from any of several HUD rental programs. The requirement will take effect in December 2024.

The table below shows the dollar amounts provided for USDA rural housing and community facilities programs.

The Senate Appropriations Committee proposes rural housing funding levels for the upcoming fiscal year much like those in the administration’s budget request and the bill passed by the House. On July 28, the committee released its version of all 12 appropriations bills for fiscal 2023, which begins on October 1, 2022.

The fate of these bills is unclear. The Senate has not scheduled action on any of them. The House has passed a “minibus” bill that combines appropriations measures for several agencies, including the U.S. Department of Agriculture (USDA) and the Department of Housing and Urban Development (HUD), but the fiscal year is expected to begin with a continuing resolution holding government spending at FY22 levels. Final appropriations are not likely to be completed until after the midterm elections in early November.

— HAC’s analysis of FY23 appropriations for HUD is available here.  —

The Senate committee’s USDA bill would keep most of the rural single-family housing programs at or near their current funding levels. It endorses the request in USDA’s budget to provide almost $21 million to expand the Native American relending pilot program, which enlists a Native Community Development Financial Institution to work with tribes and Native homebuyers.

The Senate bill would provide $100 million for Section 515, twice as much as in FY22 but lower than the $200 million requested by the administration – which proposed to finance new Section 515 construction for the first time since fiscal year 2011 – and the $150 million in the House bill. Like the House, this bill also rejects USDA’s request for enough Section 521 Rental Assistance (RA) funding to renew the RA contracts created under the American Rescue Plan Act.

To support efforts to preserve existing USDA-financed rental housing, the bill would adopt legislative language proposed in USDA’s budget, allowing RA to be “decoupled” from the Section 515 and Section 514 mortgage programs. As a last resort, if there is no other way to preserve a property as affordable housing, RA could continue to be used even after the mortgage is paid off. The Senate bill would impose a limit on this tactic so that it could be used for no more than 15,000 units in FY23. That ceiling seems unlikely to pose a problem: HAC has reported that 21,693 units left the Section 515 portfolio over a five-year period from early 2016 to 2021, an average of fewer than 4,350 units per year.

In another preservation effort, the bill would more than double technical assistance funding to help nonprofits and public housing authorities purchase and preserve USDA-financed rental properties. The program, which received $2 million in FY22 and was not included in the administration’s budget, would get $5 million.

The explanatory statement released to accompany the bill – equivalent to a committee report for a bill passed by a congressional committee – criticizes USDA for not having developed a rental preservation plan.

Multifamily Technical Assistance Report.—The Committee reminds the Department that the fiscal year 2017 Appropriations Act required the Department to conduct research and identify policy, program reforms, and incentives for preserving rural rental housing and a report summarizing those findings to be submitted to the Committee 2 years later. The report is now 3 years overdue and the Committee directs the Department to submit the completed report within 30 days of enactment of this Act.

The Senate bill would increase funding for the Rural Community Development Initiative (RCDI) from $6 million in FY22 to $7 million in FY23. The House-passed bill would provide $8 million for RCDI next year, and the administration’s budget requested $12 million.

Community Facilities Eligibility.—The Committee is concerned by the ineligibility of projects under the Community Facilities Grant program located in significantly rural and low-income areas that are defined as distressed but do not qualify for grant funding under this program. The Department is required to evaluate the program’s income and service area-based eligibility standards and identify ways to approve community access to these grants, including whether basing eligibility on national rather than state median household income could benefit areas located in predominantly poor, rural States.

July 20, 2022 – The full House of Representatives passed the USDA appropriations bill as part of a “minibus” that combines several funding bills, including those for USDA and HUD. The Senate has not yet begun actions on FY23 appropriations, and a continuing resolution is expected to be needed to begin the fiscal year on October 1, 2022.

On June 14, the House Agriculture Appropriations Subcommittee approved a funding bill for fiscal year 2023, which begins on October 1, 2022. The House bill proposes less funding for several rural housing programs than the administration’s budget did, while also rejecting the administration’s cut in Community Facilities guaranteed loans.

The full committee will consider the bill on June 23.

The House would increase the Section 515 rental housing program and the MPR rental preservation program above current levels, but not to the extent proposed by the administration. It would raise the Rural Community Development Initiative capacity building program from this year’s $6 million to $8 million in FY23 rather than the $12 million USDA requested. The rental preservation technical assistance program would receive $2 million again under the House bill, although USDA did not propose any funding for it.

Like USDA’s budget, the House bill would expand USDA’s pilot program for Native American mortgage lending, which provides funds to Native CDFIs to be reloaned to homebuyers.

The Biden Administration’s budget for fiscal year 2023 proposes funding increases for almost every U.S. Department of Agriculture rural housing program, along with some important program changes for preservation of aging rental housing.

The March 28, 2022 budget release is only the first step in the process of developing federal appropriations for the fiscal year that begins on October 1, 2022. HAC held a webinar to review the budget’s contents and what to expect over the coming months; view the slides and recording here.

The USDA budget proposes to quadruple Section 515 rental housing from $50 million in FY22 to $200 million in FY23, with the funds to be used for preserving existing Section 515 properties. The Multifamily Preservation and Revitalization program, which finances efforts to upgrade and maintain aging units constructed with Section 515 financing or the Section 514/516 farmworker housing program, would jump from $34 million this year to $75 million in FY23.

Farmworker housing loans and grants would almost double, with $6 million in Section 521 Rental Assistance set aside for new Section 514/516 units. The Section 538 loan guarantee program would see a large increase as well. (Details are provided in the table below.)

The $1.564 billion requested for Section 521 Rental Assistance renewals “will enable 272,000 existing contracts to be renewed, including making permanent the approximately 27,000 units that were brought into the program by the American Rescue Plan Act supplemental funding,” according to USDA’s budget explanation. The same document states, however, that RA assisted 284,194 tenant households in FY21.

The budget also asks Congress to “decouple” Rental Assistance from Section 515. Currently the programs are linked: RA cannot be made available to a property unless it has a USDA Section 515 or 514 loan. Separating them, so that RA could be offered after a property pays off its USDA mortgage, would help keep properties affordable for their tenants.

To protect tenants whose properties leave the USDA portfolio without decoupling, the administration proposes to provide $20 million in HUD Tenant Protection Vouchers. Based on the assumption that decoupling and the availability of HUD vouchers will eliminate the need for new USDA vouchers, the budget requests only enough Section 542 funding to renew existing assistance.

Pursuing an idea proposed in the Build Back Better Act, which has not been passed by Congress, the budget proposes $39 million for the Rural Partnership Program. In a statement about the budget, Agriculture Secretary Tom Vilsack described it as “a renewed and expanded initiative to leverage USDA’s extensive network of county-based offices to help people in high poverty counties, including energy communities.”

The budget would provide $3 million for the Rural Placemaking Innovation Challenge “to provide planning support, technical assistance, and training to foster placemaking activities in rural communities.” [NOTE: This sentence was corrected on March 29 to say $3 million. When this post was published, it stated incorrectly that the amount was $3 billion.]