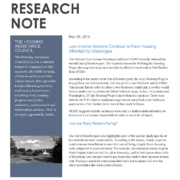 The National Low Income Housing Coalition (NLIHC) recently released its annual Out of Reach report. The report is known for defining the Housing 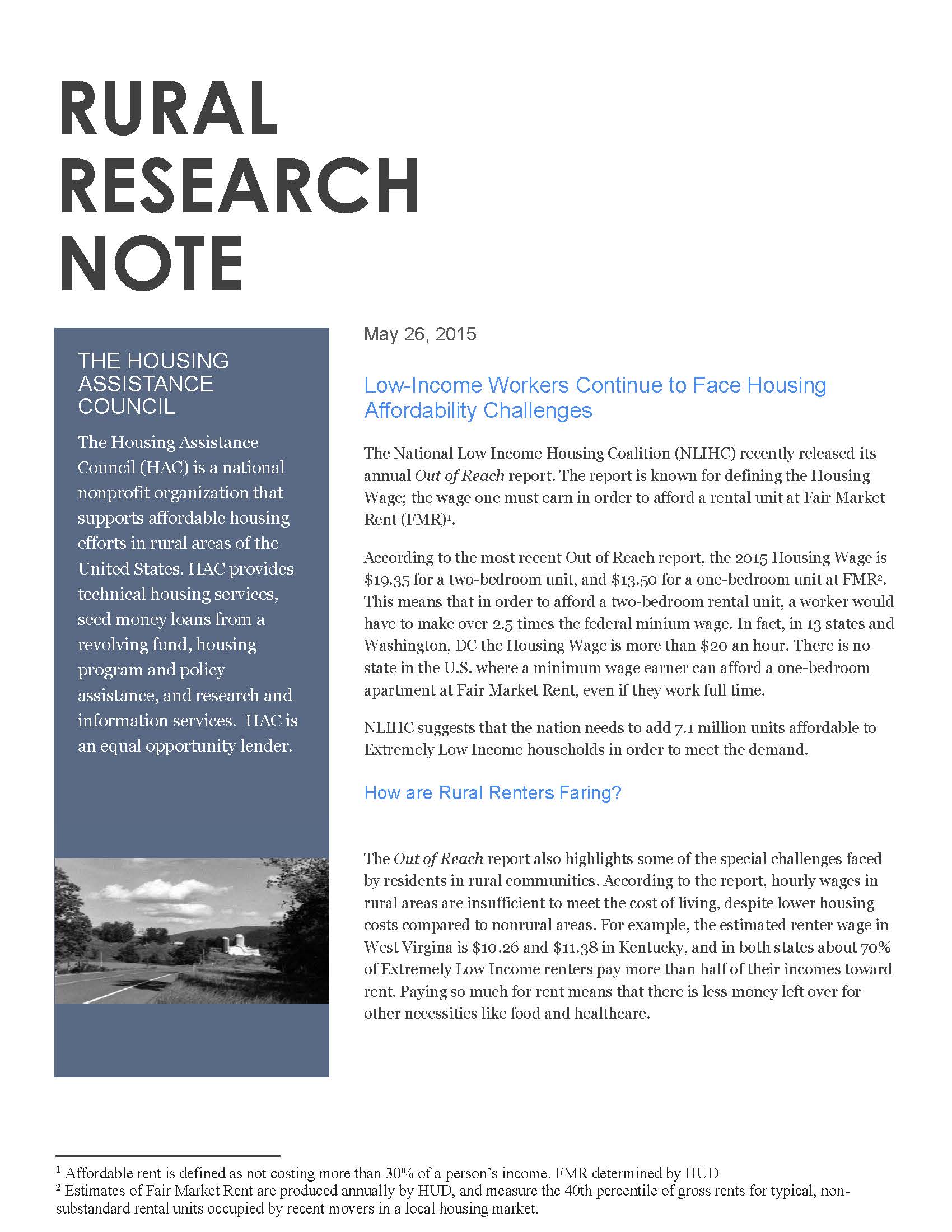 Wage; the wage one must earn in order to afford a rental unit at Fair Market Rent (FMR) 1.

According to the most recent Out of Reach report, the 2015 Housing Wage is $19.35 for a two-bedroom unit, and $13.50 for a one-bedroom unit at FMR 2. This means that in order to afford a two-bedroom rental unit, a worker would have to make over 2.5 times the federal minium wage. In fact, in 13 states and Washington, DC the Housing Wage is more than $20 an hour. There is no state in the U.S. where a minimum wage earner can afford a one-bedroom apartment at Fair Market Rent, even if they work full time. NLIHC suggests that the nation needs to add 7.1 million units affordable to Extremely Low Income households in order to meet the demand.

How are Rural Renters Faring?

The Out of Reach report also highlights some of the special challenges faced by residents in rural communities. According to the report, hourly wages in rural areas are insufficient to meet the cost of living, despite lower housing costs compared to nonrural areas. For example, the estimated renter wage in West Virgina is $10.26 and $11.38 in Kentucky, and in both states about 70% of Extremely Low Income renters pay more than half of their incomes toward rent. Paying so much for rent means that there is less money left over for other necessities like food and healthcare. 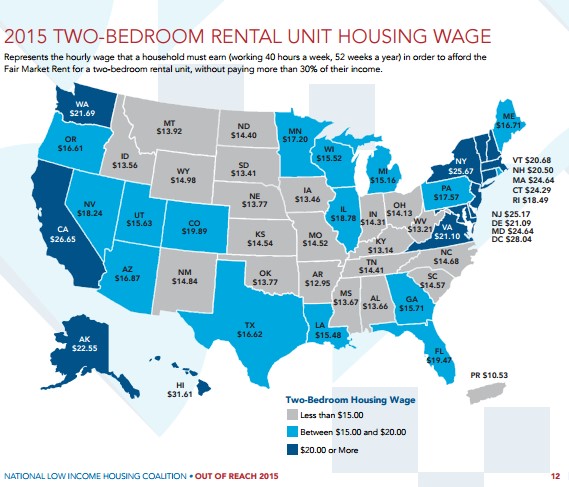 1 Affordable rent is defined as not costing more than 30% of a person’s income. FMR determined by HUD

2 Estimates of Fair Market Rent are produced annually by HUD, and measure the 40th percentile of gross rents for typical, non-substandard rental units occupied by recent movers in a local housing market. 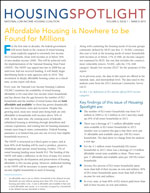 The Low-Income Housing Coalition’s latest issue of its Housing Spotlight examines the gap between the supply and demand for affordable rental units at the national and state level. The report, Affordable Housing is Nowhere to be Found for Millions, provides a detailed look at the housing needs of low-income renter households across the country. According to the report, there are only 31 affordable and available rental units for every 100 extremely low-income renter households. The report highlights a variety of factors that have contributed to this growing issue and notes that without government intervention at the federal, state, and local level, the gap will only continue growing.