On March 11, 2013, the National Low Income Housing Coalition (NLIHC) released Out of Reach 2013, which highlights the difficulty low wage earners throughout all 50 states face in affording market rate housing. The report finds that a person working full time at the federal minimum wage of $7.25 cannot afford a two bedroom apartment at the Fair Market Rent (FMR), in any state throughout the United States. Excluding several counties in Washington and Oregon (which have higher state minimum wages), there is no county in the U.S. where a one-bedroom unit at the FMR is affordable to a minimum wage earner.

Though housing costs are usually lower in rural areas than urban locales, renters in many rural areas are still not earning enough to afford quality housing. Out of Reach calculated an average wage for renters in nonmetropolitan America of $10.01, which falls $3 short of the hourly Housing Wage necessary to afford FMR housing. In all but one state, the nonmetropolitan two-bedroom housing wage is out of reach for those earning the average renter wage. 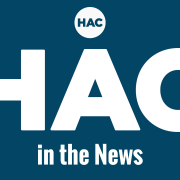 Congressional Hearing Focuses on the Potential of Manufactured Housing