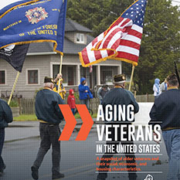 The United States is on the cusp of an extensive and far-reaching demographic transformation as the senior population is expected to more than double in the next 40 years. Rural America is “older” than the nation as a whole and more than one-quarter of all seniors live in rural and small town areas, and a rapidly aging population will significantly impact nearly all aspects of the nation’s social, economic, and housing systems. Most seniors wish to remain and age in their homes as long as possible, but rural elders are increasingly experiencing challenges with housing affordability and quality. These challenges point to an underlying gap in housing options and availabilities. With the scope and magnitude of the looming demographic shift of seniors, rural communities will need to develop a range of housing options available to seniors such as more rental housing, rehabilitation and repair programs, housing with services, and assisted living. These options not only enhance the lives of seniors but are fiscally prudent measures that are more cost effective than long-term care options.