On June 9, the House of Representatives passed the FY16 Transportation-HUD spending bill (H.R. 2577), which funds HUD and transportation-related programs in fiscal year 2016 with only one change in HUD funding levels: $2.5 million was added for Section 202 elderly housing, offset by reduced funding for HUD’s Policy Development and Research office. Details are shown in the table below. The bill directs National Housing Trust Fund funding to the HOME program.

House members proposed 79 amendments to the bill. A list of amendments adopted by the House is here. Several of the adopted amendments focus on fair housing issues.

The use of disparate impact in fair housing is also being litigated. Later in June the Supreme Court will rule on Texas Department of Housing and Community Affairs v. The Inclusive Communities Project, Inc., a case concerning the application of the Fair Housing Act and the claim of discrimination based on disparate impact.

Another amendment adopted by the House would prohibit HUD from carrying out HUD’s “Affirmatively Furthering Fair Housing Rule.” In addition, the House passed an amendment that prohibits funding for the private enforcement initiative under the Fair Housing Initiative Program at HUD.

The Senate has not scheduled action on a companion spending bill. 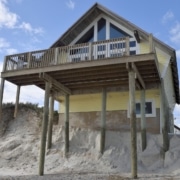