CONGRESS COMPLETES BUDGET DEAL, WITH APPROPRIATIONS UP NEXT. On December 12 by a 332-94 vote the House approved H.J. Res. 59, a bipartisan agreement setting an overall budget framework, and the Senate passed it 64-36 on December 18. The agreement averts deep cuts under sequestration and sets top-line budget levels for fiscal 2014 and 2015. Spending levels for individual programs have yet to be established. Before the current continuing resolution expires January 15, appropriators must use the new template to craft their final 2014 bills. The Agriculture and Transportation-HUD bills could be included in an omnibus wrap-up law. Other more contentious appropriations measures, such as the Labor-HHS bill, will likely end up in a year-long continuing resolution for 2014.

NEW RURAL HOUSING SERVICE ADMINISTRATOR NAMED. Tony Hernandez started work December 16 as the new head of USDA’s Rural Housing Service. Most recently Director of the Division of Local Government for the State of Colorado, Hernandez also worked for Fannie Mae as Director of the Colorado Community Business Center, was a HUD Regional Administrator during the Clinton years, and served in the Colorado legislature. He is a graduate of Carnegie-Mellon University, the University of Denver School of Social Work, and Colorado State University.

USDA RECEIVES RA FUNDS. USDA now has funds it expects will be sufficient to continue to fund and renew any expiring RA agreements through January. The agency will waive late fees for borrowers who may have been charged for late December mortgage payments. See HAC News, 12/4/13.

SEC. 502 GUARANTEE REGULATIONS PROPOSED. Comments are due January 8 on an interim final rule intended to make the program easier to use. The rule is scheduled to take effect September 1, 2014. Contact Debra Terrell, RD, 202-720-1452.

HUD RELEASES FY14 INCOME LIMITS. The figures for each county and metropolitan area are used to determine eligibility for a number of programs.

HARVARD REPORTS RECORD LEVELS OF RENTER AFFORDABILITY PROBLEMS. America’s Rental Housing: Evolving Markets and Needs, released by the Joint Center for Housing Studies, states that erosion in renter incomes has pushed the number of cost-burdened households to record levels, and aid has not kept pace. Among the striking findings: from 2001 to 2011 nonmetro areas permanently lost 8.1% of their rental units, compared to losses of 5.7% in central cities and 4.7% in suburbs.

REPORT FINDS LITTLE IMPROVEMENT IN FARMWORKER CONDITIONS. The Migrant and Seasonal Agricultural Worker Protection Act of 1983 was intended to improve working and living conditions for farmworkers in the U.S. According to Unfinished Harvest: The Agricultural Worker Protection Act at 30, published by Farmworker Justice, “Overwhelmingly, farmworker advocates agree that AWPA has not resulted in a demonstrable improvement in farmworker conditions. . . . [Along with other problems,] farmworkers still typically live in over-crowded and substandard housing, rarely visited by government inspectors.” The report recommends improvements in the law and in enforcement.

CENSUS TOOL MAPS DATA AT LOCAL LEVEL. The new Census Explorer uses updated statistics from the 2008-2012 American Community Survey. It allows users to map out social, economic, and housing characteristics for a state, county, or census tract and to see how they have changed since the 1990 and 2000 censuses. 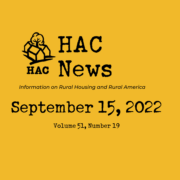