Congressional negotiatiors agreed March 21, 2018 on an omnibus appropriations package for FY18, the fiscal year that began October 1, 2017. The bill is expected to pass both the House and Senate, and to be signed into law by President Trump, before midnight on March 23. The bill maintains or increases funding levels for both USDA and HUD housing programs. In fact, because the cap on FY18 spending levels was raised, funding levels for several programs were increased above the amounts in both the House and Senate FY18 bills. These include Section 502 direct homeownership loans, Section 515 direct rental loans, Section 542 vouchers, and others at USDA. At HUD, there are increases for HOME, CDBG, Section 202, Section 811, the Public Housing Capital Fund, tenant-based and project-based vouchers, and others.

The final bill does not include the Rural Economic Infrastructure Grants proposed in the Administration’s FY18 budget.

Congress has recently taken the first steps towards FY19 funding decisions, beginning to hold hearings on the Administration’s budget requests. HAC will continue to report on this process as it moves forward.

a. Section 504 grants and Section 533 grants would have been rolled into a new Rural Economic Infrastructure Grant program. This change is not included in the final bill.

Guarantees for bank loans would remain at current levels and basic rent aid for tenants would continue, but other rural housing assistance would be wiped out under the Trump Administration’s budget proposal for fiscal year 2019 released on February 12, 2018. Although tenants would continue receiving assistance, they would face a new requirement to pay at least $50 per month in rent unless they are deemed to experience economic hardship.

This budget is much the same as last year’s proposal for rural housing. Last year the Section 504 grant program – which offers small grants to elderly homeowners with very low incomes to repair health and safety hazards in their homes – would have been rolled into a new pool of money called the Rural Economic Infrastructure Grant program. This year’s budget does not include that infrastructure grant proposal, and would simply eliminate Section 504 grants. The House incorporated the infrastructure grant idea into its FY18 appropriations bill, but both the House and the Senate rejected most of the program eliminations proposed by the Administration last year.

The guarantee programs that would remain – Section 502 guarantees for homebuyers and Section 538 guarantees for builders of rental housing in rural places – cover their own costs through fees, so the government pays only the costs of administering them.

USDA’s Section 521 Rental Assistance and Section 542 voucher programs, which assist tenants in two different sets of circumstances, would be funded at levels similar to current amounts. The $20 million proposed for vouchers, however, is too low to help all eligible tenants who want vouchers. HAC believes at least $27 million will be needed for these renters whose landlords pay off their USDA mortgages, either early or at maturity.

In addition to the new $50 rent requirement, the budget proposes to allow USDA to recapture Rental Assistance funds from past years’ agreements if the department determines a property no longer needs RA, and to use those funds for other properties. It would also let USDA transfer unneeded RA or voucher funds to any other rural housing programs. [tdborder][/tdborder]

a. FY18 appropriation is not yet final.
b. Includes $40 million in advance funding for FY18, so total available in FY17 was $1.365 billion and total available in FY18 would be $1.385 billion. The FY19 budget assumes that this “forward funding” continues, so more than $1.331 billion would be available in FY19.
c. Section 504 loans and other non-housing loans would have been rolled into a new Rural Economic Infrastructure Grant program. 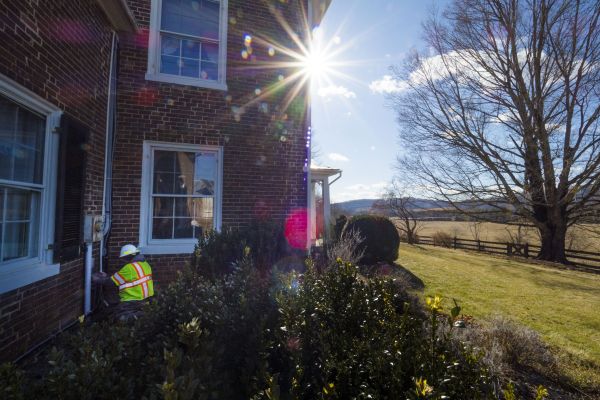 The Senate bill does not include some changes in programs proposed in H.R. 3268, passed by the House Appropriations Committee on July 12. It does not mention the Rural Economic Infrastructure Grant program, which in the House bill would combine Section 504 grants and Section 533 grants with some utilities and business grant programs. In addition, it does not make H-2A visa holders eligible for Section 514/516 farmworker housing, a change in the House bill that was adopted at the committee level.

The Senate’s Committee Report (S.Rept. 115-131) discusses the need for solutions to the maturing mortgage issue for Section 515 rental housing, not mentioned in the House bill or report.

The Committee is very concerned about the alarming number of multi-family housing mortgages scheduled to mature in the next few years. As these mortgages mature, projects and units will be removed from USDA’s affordable rural housing program, placing very low income rural residents in jeopardy of untenable rent increases and possible eviction. In spite of numerous requests from the Committee, the Department has failed to identify and develop potential solutions to this looming crisis.

As of noon on July 24, neither the Senate nor the House has scheduled USDA appropriations for floor action.