Former Georgia governor Sonny Perdue was sworn in as Secretary of Agriculture on April 25, 2017, after an 87-11 Senate confirmation vote on April 24.

USDA’s announcement and profile of Perdue says his “policies as U.S. Secretary of Agriculture will be guided by four principles which will inform his decisions.”

First, he will maximize the ability of the men and women of America’s agriculture and agribusiness sector to create jobs, to produce and sell the foods and fiber that feed and clothe the world, and to reap the earned reward of their labor. It should be the aim of the American government to remove every obstacle and give farmers, ranchers, and producers every opportunity to prosper. Second, he will prioritize customer service every day for American taxpayers and consumers. They will expect, and have every right to demand, that their government conduct the people’s business efficiently, effectively, and with the utmost integrity. Third, as Americans expect a safe and secure food supply, USDA will continue to serve in the critical role of ensuring the food we put on the table to feed our families meets the strict safety standards we’ve established. Food security is a key component of national security, because hunger and peace do not long coexist. And fourth, Perdue will always remember that America’s agricultural bounty comes directly from the land. And today, those land resources sustain more than 320 million Americans and countless millions more around the globe. Perdue’s father’s words still ring true: We’re all stewards of the land, owned or rented, and our responsibility is to leave it better than we found it.

Nominees have not yet been announced for other USDA appointed positions. 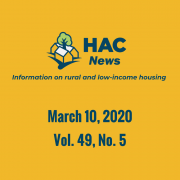