More than 35 percent of NALCAB’s members serve rural communities. The dramatic dispersion of Latinos outside of traditional urban centers into small towns has been among the most striking population shifts in the U.S. over the past 50 years. This demographic trend has brought much needed labor and entrepreneurial vigor to many rural communities, just as it has presented new social and economic challenges. Among the strongest impulses of the NALCAB founders was to provide access to capital and culturally relevant asset building services for Latinos living and working in rural and colonia communities.

The foreclosure crisis that sparked the Great Recession was particularly brutal in many rural counties. Adam Wodka’s 2009 study (Landscapes of Foreclosure: The Foreclosure Crisis in Rural America) estimated that 15 of the 20 counties with the highest rates of foreclosure were rural or mixed rural. While the sheer number of foreclosures was certainly higher and more concentrated in urban areas, NALCAB members immediately observed the market-depressing effects of foreclosures in small towns. Once impacted, however, rural communities were at a disadvantage when competing with large cities for resources. NALCAB connected urban and rural-serving non-profit organizations in a consortium strategy that leveraged substantial federal funding to address the impacts of foreclosure. The strategic assembly of select NALCAB member organizations into a national collaborative effort enabled the consortium to tackle important economic issues to reverse the devastating effects brought forth by the foreclosure crisis. 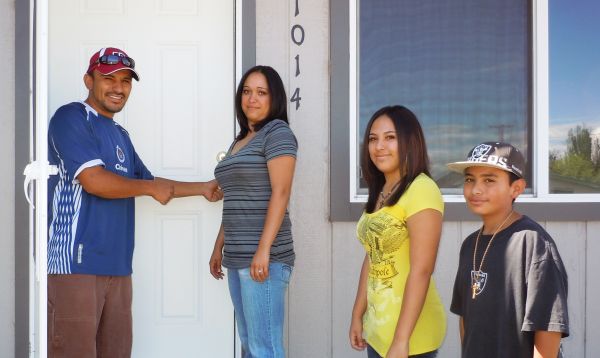 In February 2010, a consortium of 13 nonprofits organized by NALCAB received $137 million from the U.S. Department of Housing and Urban Development (HUD) to stabilize communities impacted by home foreclosures and abandonment in 8 states and the District of Columbia. This HUD Neighborhood Stabilization Program 2 (NSP2) grant is the single largest federal award ever targeted to predominantly Latino communities.

The CPLC/NALCAB NSP2 Consortium has now deployed the entire grant, and has used the proceeds from the sales of rehabilitated properties, to surpass $200 million in direct investment. In other words, the consortium partners not only deployed the entire NSP2 award, but it was done in an economically prudent manner that allowed the consortium to generate over $70 Million in program income to date. This amount of program income will continue to increase as existing housing inventory is rehabilitated and sold. The following impacts have been accomplished to date: 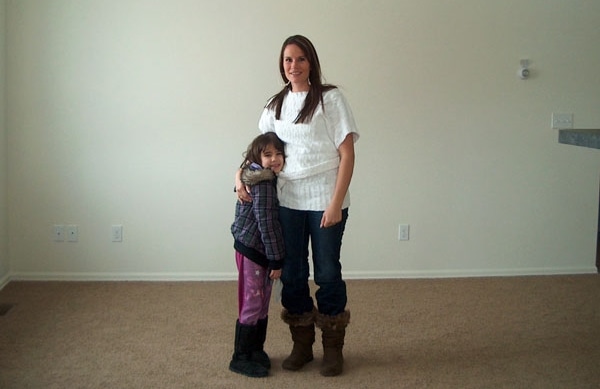 CPLC invested over $3.2 million of its NSP2 funds in the rural markets of Rio Rico & Nogales, AZ. Both communities are located in Santa Cruz County, adjacent to the border with Mexico. CPLC has produced over 50 housing opportunities for rural families. Most of the activity has been focused on acquisition and rehabilitation; however, they also acquired a five acre tract of land that they will land bank. The tract of land is in close proximity to an existing CPLC multi-family apartment complex. The newly acquired land will allow CPLC to construct much needed affordable rentals in Santa Cruz County. The NSP2 award has allowed CPLC to expand and complement efforts that it had already begun in the area. CPLC’s NSP2 program has created an undeniable economic boost to the real estate market in Santa Cruz County.

CRHDC had a broader program design that covered many rural markets. It acquired and rehabilitated 15 homes in rural Colorado; Alamosa, Del Norte, Walsenberg, and Monte Vista. These efforts led to increased home values, helped boost homebuyer confidence, recharged the local construction industry and revitalized homes that had become an eyesore in these neighborhoods.

CRHDC also produced 14 new units of site built and modular housing in Monte Vista and San Luis. Local residents welcomed this new development and it enhanced the appearance and vitality of these communities.

CRHDC engaged in multi-family housing; it acquired a 48 unit property in Sterling, CO with their NSP2 funds. It successfully leveraged additional funds from the State Division of Housing to cover the rehabilitation costs, plus it received a low cost loan from the State, to complete the project.

Additionally, CRHDC acquired land in Fort Morgan, CO, which will be the future site of a 50 unit farmworker housing community, to be named Sol Naciente.

CHISPA demonstrated how a highly targeted approach could renew a specific neighborhood. CHISPA has made a significant impact in Greenfield, CA, a rural community in Southern Monterey County. CHISPA used NSP 2 funds to acquire four homes in a single cul-de-sac, which is located adjacent to an existing CHISPA rental property. The homes were rehabilitated and either sold or rented. CHISPA’s total real estate portfolio was an anchor for this neighborhood. CHISPA also acquired a single family home and a duplex in Greenfield that are being rented to households with incomes at or below 50 percent of area median income.

CHISPA continues its revitalization efforts in Greenfield. CHISPA is now building three brand new homes using HUD NSP funding. The homes will be sold in order to generate additional program income and create more new homes in the City of Greenfield. The city leaders have been vested partners and have expressed particular excitement that new construction has started again in Greenfield.

TDS launched its NSP2 program by acquiring four U.S. Department of Agriculture (USDA) foreclosures in Horizon City, TX. These units were in rough shape. Because of the isolation of this rural community, vacant properties were prime targets for theft and vandalism. TDS stepped in and ultimately acquired 16 homes in this rural market, revitalizing the homes and filling them with responsible and proud homeowners. The investment in this market definitely improved market conditions and helped put contractors and small business owners back in business.

In each case, these organizations were able to deploy funds rapidly and effectively because they had an existing track record of development in their target markets and well established relationships with local government and other partners. Furthermore, these organizations had already earned the trust of the community because of their past commitment to these rural communities. The NSP2 funds simply allowed them to complement their existing programs and services and allowed organizations of shared vision and mission to improve Latino communities – both urban and rural.

Noel Poyo is the Executive Director and Christopher W. Sanchez is the Program Director at the National Association for Latino Community Asset Builders – NALCAB. For more information please call the NALCAB Office at (210) 227-1010 or go to their websites: https://www.nalcab.org or https://www.nsp2nationalconsortium.org. 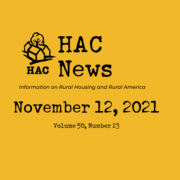 Is the Housing Crisis Over in Rural America?

The Gray Panthers of El Dorado, Amador, and Placer Counties: How the Good Guys Finally Won

Making a Difference in Rural America Is the Housing Crisis Over? And how did it impact rural America? – Shelia...
Scroll to top