What does affordable housing mean to you?

This story appears in the Fall 2014 issue of Rural VoicesMs. Yvette Marie Cabili has managed to overcome numerous obstacles in her life and has not only become a self-help homeowner through Florida Home Partnership (FHP), but has also fulfilled her desire to help others achieve homeownership. Ms. Cabili learned the concept of self-sufficiency and determination from observing her mother, Maria Vazquez.

Immigrating to the United States from Mexico as a teenager, Ms. Vazquez overcame a language barrier and culture shock. Becoming a single parent at age 30, she was committed to raising and providing a better quality of life for Yvette and her younger sister, Melissa. Ms. Vazquez’s determination and persistence would later influence Yvette’s desire to achieve.

Born in the late 70s, Yvette attended elementary and junior high school in Los Angeles, California. Her mother relocated to the Tampa Bay area in the early 1990s with her employer GTE. After graduating from high school in Brandon (a suburb in Tampa), Yvette briefly attended the University of South Florida but soon left to join the United States Army in the late 1990s. Stationed at Ft. Bliss in El Paso, Texas, she served two years as a private first class. She worked as an Information System Operator-Analyst, and later married. Yvette eventually opted to resign from active duty, considering her husband’s active status in the Army. They were also preparing for the birth of their first-born child. With her husband’s reassignment, the family moved to Wiesbaden, Germany after the birth of their second child. 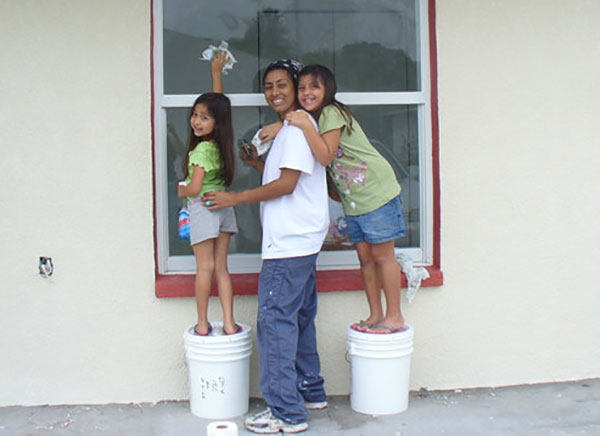 As circumstances would have it, Yvette and her husband divorced two years after moving to Germany. She was forced to return to the United States as an unemployed, single parent of two toddlers. Yvette then moved in with her mother and sister. She knew she had to start life over again at the young age of 25 and that this new life would involve struggles, heartaches and sacrifices. She learned from her mother that being a single parent is not a disadvantage, but rather a stage in life’s journey that should be used to cultivate self-determination and to inspire her children to greatness. Yvette saw her mom as a “super hero” and that’s how Yvette wanted her children to see her.

Yvette’s first civilian job was in retail and customer service. Customer service was something Yvette thrived in and felt rewarded by helping others; however, the entry-level pay insufficiently covered her bills. She then secured a better paying job with an insurance company in Lakeland, Florida and decided to also enroll in the local community college. Yvette strived to help her mother with household expenses, but the multiple responsibilities were overwhelming. Her mother’s hairstylist knew of Yvette’s situation and advised her of a self-help homeownership program for low-income first time homebuyers. Yvette’s mother shared the information in hopes that her daughter would qualify for the program.
Yvette was hesitant to apply at first, and asked herself, “What’s the catch?” After doing some research, she obtained the information packet and tried to identify the hidden “catch.” Yvette thoroughly read all the documents and investigated the organization as she knew this decision would not only impact her life but would also completely change her daughters’ lives as well. The only “catch” she found was her own fear. Yvette feared that she would fail and feared that she would let her children down. Instead of letting those feelings discourage her, she reflected back to her desire to be an inspiration for her daughters; thus, she applied for the program.

Yvette was among the few applicants whose credit history was acceptable and revealed no issues preventing her from enrolling in the program. Although her credit was in good standing, the demand of the application process was a challenge. Every other day she received a call from her loan specialist about a paystub that was out of date, a small bonus from her job that had to be explained and employment verification that had to be re-verified. The day came when she received the green light to close on her lot and begin the next phase of becoming a self-help homeowner.

Her perseverance was tested as she strived to commit to raising her daughters with her mother’s help, building a home, and taking college courses. There were many emotional talks with her daughters (ages 6 and 8 at the time) to try to explain that ‘their mother doesn’t like being away from them all the time and that she was doing all this for them’. The program required Yvette to work Saturdays and Sundays on her own home and the homes of the individuals in her group. Yvette had to request a shift change from her employer in order to take opportunity of the self-help homeownership program.

One thing she always mentions to homebuyers, whether they are single or not, is “If I did it, you can too! It’s mind over matter!”

The request for a shift change took some time to be approved; therefore, Melissa was able to stand in for Yvette at the beginning of the program. Once the work schedule was approved, Yvette diligently worked on her home. During days off, she would work 8 to 10 hours cleaning, framing, caulking, painting and much more to meet the sweat equity requirements for building her home and the homes of her future neighbors. Many of her group members came to their homes during the week, but Yvette was unable to do likewise due to her work and college schedules. Yvette would arrive on weekends at the break of dawn and stay until dark to do what she could on her home so she didn’t fall behind.

The demanding requirements of the self-help homeownership program, driving 80 minutes to and from work and completing her course-work to earn an Associates of Arts Degree was at times very overwhelming. She recalled one day, while painting the walls alone in her new home, becoming overcome with tears. Yvette thought as she wept, “Ok, Yvette you can cry but keep painting. The light at the end of the tunnel is reachable.” From her initial request for the FHP Self Help Housing application process to the moment of final inspection, the self-help homeownership program was an emotional rollercoaster. Yvette had her highs and lows but despite the multiple demands, she learned time management, discipline and the basics of building a home. She gained construction skills, home maintenance knowledge and, along with everyone in her group, she grew as a person. She convincingly states that “everyone has the capability of becoming a ‘super hero’!”

With her never fading smile, Yvette worked diligently and was a tremendous support to her group of self-help homeowners by helping to keep everyone on task. Her positive approach was very contagious, and seemed to motivate her group even during hot and long days. She gave 100% effort in each of the groups she was assigned and fulfilled every task given by her Family Construction Coordinator. Yvette felt that by giving her best to the individuals of her group that they would do the same when it came to working on her home. Yvette realized she had a knack for details when it came to painting; hence, she took on most of the detailed painting tasks (e.g., painting walls along the ceiling’s edge, along the base boards, around trim work, etc.). Yvette gave instructions on her painting techniques to help members in her group improve their methods. Little did she realize that she would instruct hundreds of homeowners on the same tasks years later.

As the eight months to build her home were coming to an end, Yvette realized that her dream of homeownership would soon be achieved. In May of 2008, Yvette not only graduated with an Associate of Arts degree from Hillsborough Community College, she also became a self-help homeowner at the age of 28.

Admiring the expertise demonstrated by the FHP staff, she set as her goal to work for the nonprofit. Her wish would soon come true when Jesse Ornelas, manager of the FHP construction team, recognized Yvette’s leadership potential and approached her about working for FHP. She welcomed the opportunity and later interviewed with the Executive Director. Upon being hired Yvette went from an air-conditioned office job to working outside on construction sites in the Florida climate (heat, cold, rain and shine). 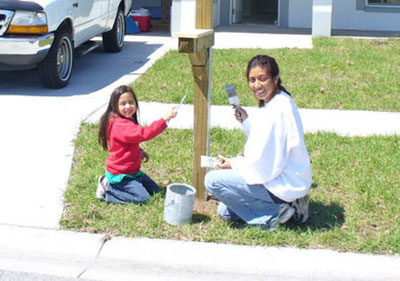 It has now been five years since Yvette was hired by FHP to work as the Family Construction Coordinator II. In her role, she has assisted 144 first time homeowners achieve their homeownership dreams. Yvette has educated self-help homebuyers about the building process, coordinated their schedules, inspected their work, motivated them to push forward and proudly provided them the keys to their new homes. With the homebuilding process taking 6 to 8 months to complete, Yvette plays an integral role in the future of each of the self-help home buying families. She has witnessed great struggles that some new self-help home buying families endure and overcome during the construction process which in turn re-motivates and re-inspires her.

Being the only female employee at construction sites, Yvette had to overcome some gender stereotyping. She worked as hard and sweated just as much as the next employee. She has even taken classes to increase her understanding about housing construction. Yvette feels blessed to be working for FHP and would never have thought that she would gain so much personal reward and gratitude from a job. Yvette describes her work and the program in two words, “amazing” and “awesome!”

For the past six years, Yvette has enjoyed living in her home with her daughters Teresa and Elycia. She likes the fact that her community is quiet and well kept, with the exception of an occasional stray dog taking liberties in her yard. She enjoys learning to repair things around her home (e.g., repairing a leaky faucet, changing a door knob, replacing a faulty light switch, etc.) which helps enable her to educate other homeowners with confidence. One thing she always mentions to homebuyers, whether they are single or not, is “If I did it, you can too! It’s mind over matter!”

A mud run and obstacle course enthusiast (particularly for events that raise money and awareness for cancer research), Yvette exclaims that, “It [participating in the self-help homeownership program] was very challenging, but worth the sweat and tears.” Yvette is a valued member at Florida Home Partnership and is a model of success for the self-help housing program.

Florida Home Partnership: A non-profit homebuilder that offers affordable homeownership opportunities to low and moderate income first-time homebuyers through the USDA Mutual Self-Help Housing Program. The program began in the early 1960’s, and mirrors the “barn raising” of the Quakers with neighbors helping neighbors to build their homes together. No construction experience is necessary as Florida Home Partnership provides guidance and tools.

Affordable Rural Housing It’s Not a Nicety But a Necessity "Our Home, Our Community"
Scroll to top