Photo: Shawn Poynter / There Is More Work To Be Done

The 2021 National Rural Housing Conference will include thought provoking Plenary Keynotes featuring national policymakers and other industry leaders! As we celebrate our 50th Anniversary, Keynotes will focus on and establishing a forward leaning agenda for the future of rural housing and community development. 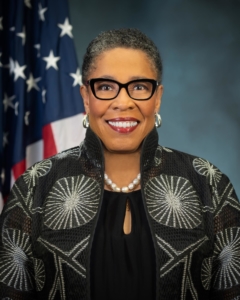 Secretary Marcia L. Fudge is the 18th Secretary of the U.S. Department of Housing and Urban Development.

Throughout her career, Secretary Fudge has worked to help low-income families, seniors, and communities across the country.

Secretary Fudge served as U.S. Representative for the 11th Congressional District of Ohio from 2008 to March 9, 2021. She was a member of several Congressional Caucuses and past Chair of the Congressional Black Caucus. As a Member of Congress, Secretary Fudge earned a reputation of tackling the unique challenges of her district by working with her Congressional delegation and across political ideologies. 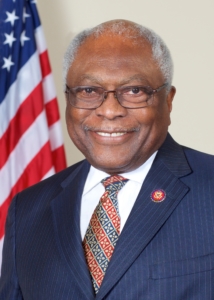 James E. Clyburn is the Majority Whip, the third-ranking Democrat in the United States House of Representatives, and currently serves as the Chairman of the House Select Subcommittee on the Coronavirus Crisis. He is also the Chairman of the Rural Broadband Task Force and Democratic Faith Working Group.

When he came to Congress in 1993 to represent South Carolina’s sixth congressional district, Congressman Clyburn was elected co-president of his freshman class and quickly rose through leadership ranks. He was subsequently elected Chairman of the Congressional Black Caucus, Vice Chairman, and later Chairman, of the House Democratic Caucus. He previously served as Majority Whip from 2007 to 2011 and served as Assistant Democratic Leader from 2011 to 2019. 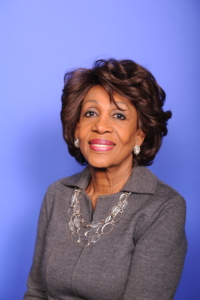 Congresswoman Maxine Waters is considered by many to be one of the most powerful women in U.S. politics today. She has gained a reputation as a fearless and outspoken advocate for women, children, people of color, the poor, veterans, and seniors. Congresswoman Waters has been dubbed “Aunty Maxine” by millennials who appreciate her advocacy and understanding of issues important to them.

Elected in November 2020 to her sixteenth term in the U.S. House of Representatives with more than 70 percent of the vote in the 43rd Congressional District of California, Congresswoman Waters represents parts of Los Angeles including the communities of Westchester and Playa Del Rey, the unincorporated areas of Los Angeles County comprised of Lennox, West Athens, West Carson, Harbor Gateway, El Camino Village, and Watts. The 43rd District also includes the diverse cities of Gardena, Hawthorne, Inglewood, Lawndale, Lomita and Torrance.

We’ve had a remarkable year here at the Housing Assistance Council and look forward to finishing the year in that same fashion with HAC’s National Rural Housing Conference, scheduled to take place virtually on November 30 – December 3, 2021. This year’s virtual format will allow us all to reconnect and gather safely, regardless of location. With an exciting and full schedule of workshops and new virtual gathering spaces, the Conference will offer attendees a premier opportunity to learn from experts and connect with the entire affordable housing industry.

The Housing Assistance Council (HAC) is pleased to announce plans to convene its 2021 National Rural Housing Conference (NRHC) and Training!

The Conference provides an excellent opportunity to network and improve connections to federal agencies, national intermediary organizations, and other vested stakeholders. For many, this conference represents the sole opportunity during the year to connect with important policymakers and experts.

We look forward to seeing you in Washington DC or virtually, for three days of exhilarating conversations, training, and networking where participants will learn best practices and connect with their peers and experts from across the country. The Conference also includes a pre-conference day, packed with gatherings for coalitions, association, and working groups.

Be sure to mark your calendar and make plans to join us…we look forward to reconnecting with you in December!